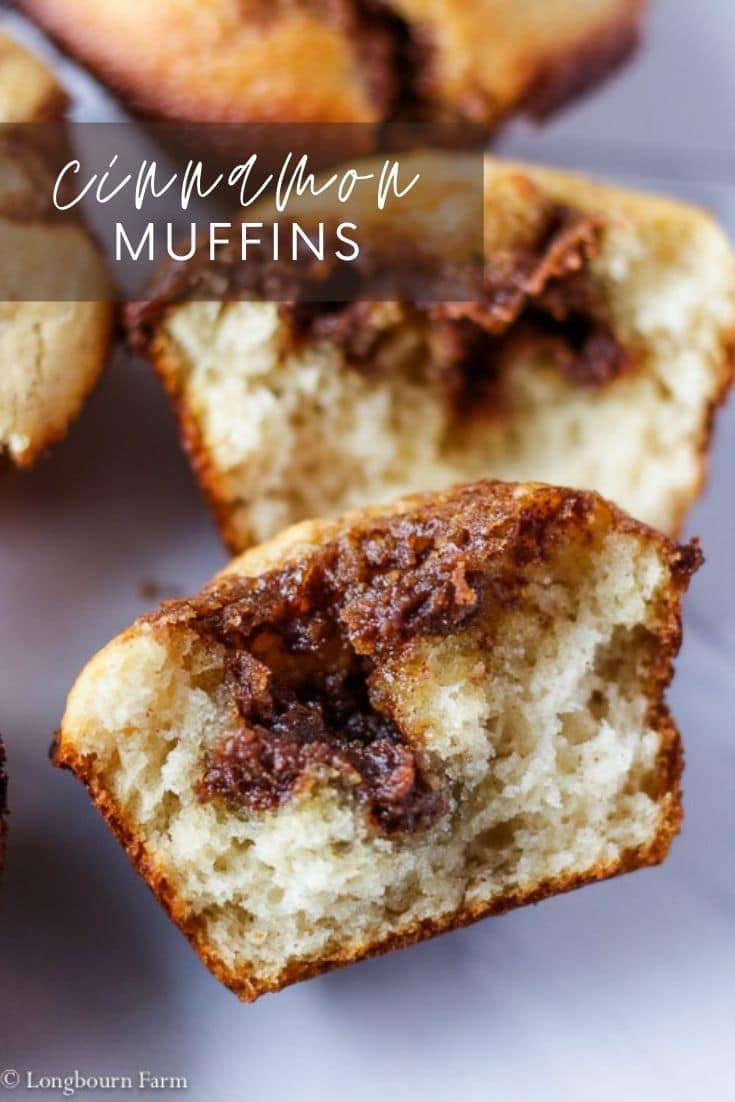 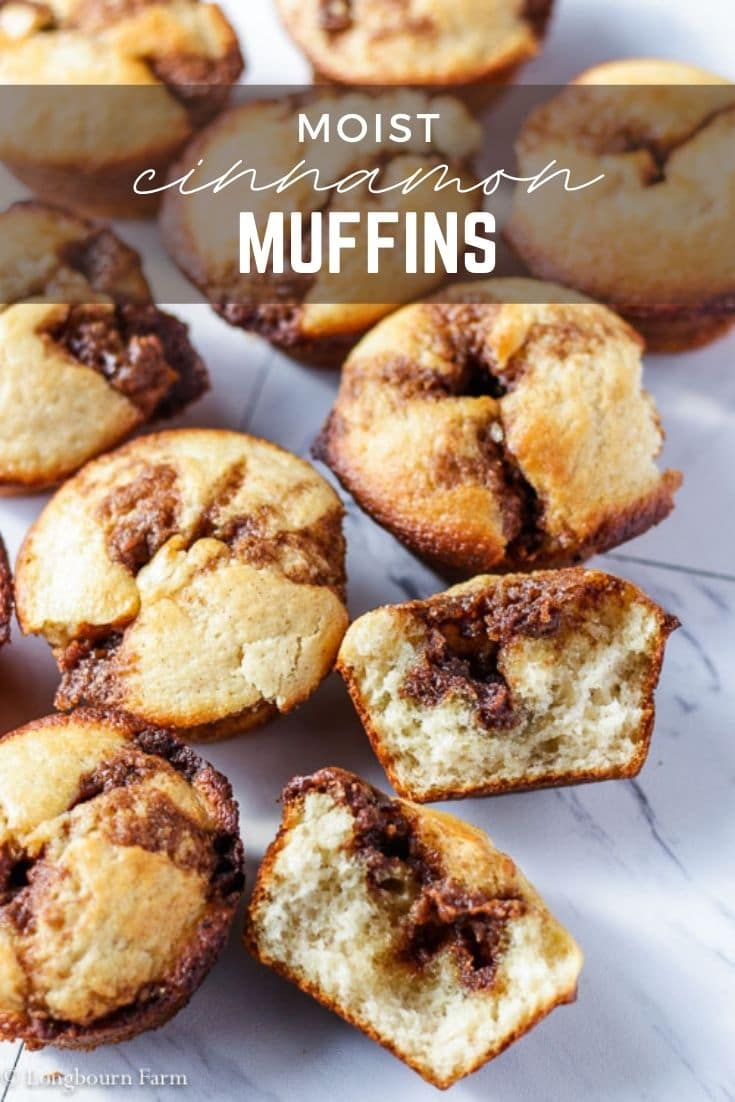 Cinnamon muffins are so easy to make and full of pockets bursting with cinnamon flavor. Great for a snack or breakfast on the go, these muffins keep well and can be frozen for later.

It is no secret that we love muffins in our house, and this cinnamon muffin recipe is one of our favorite recipes (along with these easy blueberry muffins).

For the Muffins, you will need:

For the streusel topping, you will need:

How to make Cinnamon Muffins

Why are my muffins dense or rubbery?

If you overmix your batter after the flour has been added you will overdevelop the glutens in the flour while releasing air from the batter which as a result will give you a more dense or rubbery textured muffin. To avoid this simply mix the batter just enough to incorporate the flour to the point where no more flour streaks remain.

What does buttermilk do in muffins?

Buttermilk helps to provide a depth of flavor thanks to the tangy creamy taste it brings to the table. It also helps to create a richer texture and thanks to the added fats it helps your cinnamon sugar muffins to stay moist for days.

What makes a muffin moist?

While oil can help keep muffins moist, the way they are mixed and baked is more critical. Do not over mix muffins after the flour is added. Once the flour is added, mix the batter until it is just combined. When baking, bake them until a toothpick comes out with just a few crumbs on it.

How do you make muffins fluffier?

Letting all the muffin ingredients come to room temperature before baking will make them fluffy. The balance of flour and the leavening agent will also impact how fluffy a muffin is.

What does brown sugar do in muffins?

Brown sugar can add richness to muffins. In this recipe, brown sugar is used in the cinnamon mixture.

How long are cinnamon muffins good for?

These muffins can last about 3-5 days when stored in an airtight container at room temperature. This should give you plenty of time to enjoy them and if desired you can simply pop them into the microwave for 10-15 seconds to recreate that fresh from the oven taste.

The best way to store cinnamon muffins is in an air-tight container or zipper-top bag.

Yes. Cinnamon brown sugar muffins can be frozen. Place them in a single layer in a zipper-top bag or airtight container and place in the freezer.

If you’re looking for another delicious cinnamon recipe, check out this recipe for Cinnamon Coffee Cake! 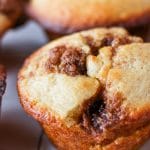 Using oil will give these muffins a lighter texture, especially if you keep them for a few days. Butter will be slightly more dense and dry out more quickly over time.  If the cinnamon sugar mixture isn’t pushed down into the batter enough it can melt and run off the top of the muffins.