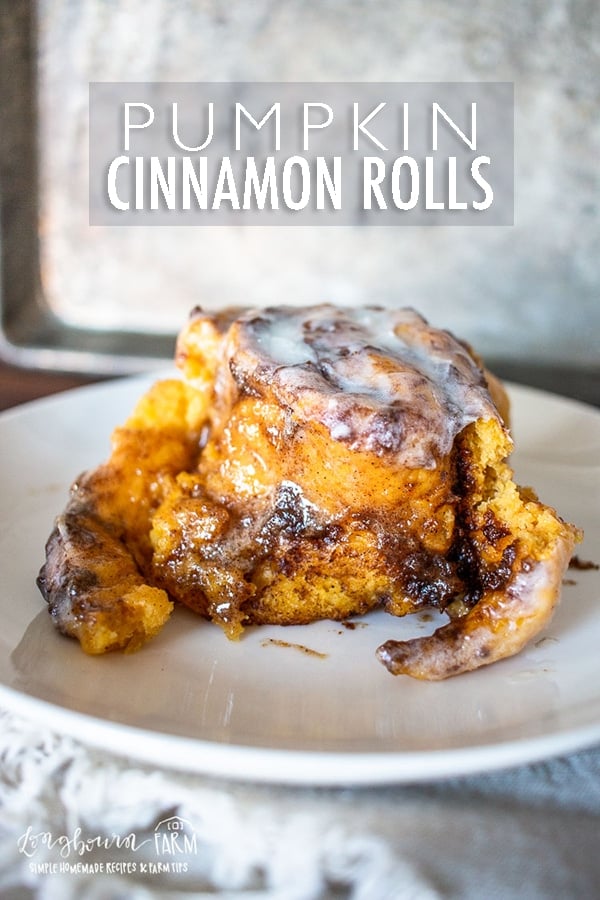 If you’ve never made fresh homemade cinnamon rolls, you are in for a real treat. You might even have just found your family’s new favorite recipe! There’s just something about the doughy, cinnamony goodness that hits the spot, and with my pumpkin cinnamon rolls recipe, I give these classic treats a wonderful seasonal twist.

You’ll have to make the dough, the filling and the icing all separately (as you’d expect) so here are the easy steps for each.

Don’t forget to check out this amazingly creamy and delicious Pumpkin Mac and Cheese from Melissa at Bless This Mess!

Can I use a different frosting for this pumpkin cinnamon rolls recipe?

I like to top mine with a generous amount of my homemade vanilla cream cheese frosting, but if you’re not a fan of cream cheese, feel free to use your favorite icing recipe instead. Whichever way you choose to enjoy these tasty cinnamon rolls, I know you’ll love them just as much as I do!

You could also swap out the vanilla for something else, such as maple syrup or almond extract, to give them an extra special flavor. You can easily customize this recipe to your liking, so get creative and have fun with it!

What is the best way to store pumpkin cinnamon rolls?

Once they’re cooked, you can store them unfrosted at room temperature for about 3 days. Or, once frosted, you can keep them in an airtight container in the fridge for up to 5 days. You can also store the cooked rolls (unfrosted) or the dough in the freezer for up to 3 months. When you’re ready to use, just let them thaw, cook (the raw dough) as shown in the recipe and add the frosting!

Can I add other mix-ins to this recipe?

Of course! If you want to add some extra dynamic to your rolls, try mixing in some chopped nuts, such as pecans or walnuts, dried fruit or even chocolate chips into the frosting. Doing this not only gives my pumpkin cinnamon rolls recipe additional flavor, but it’ll also look super pretty! 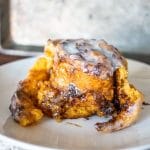