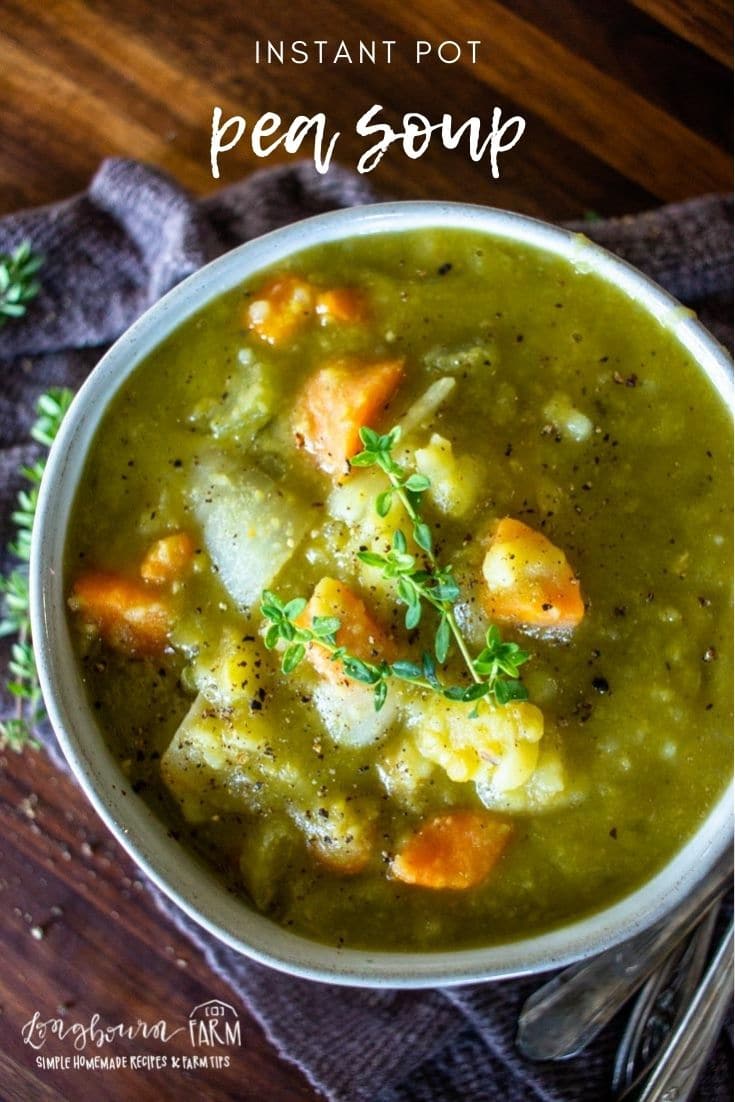 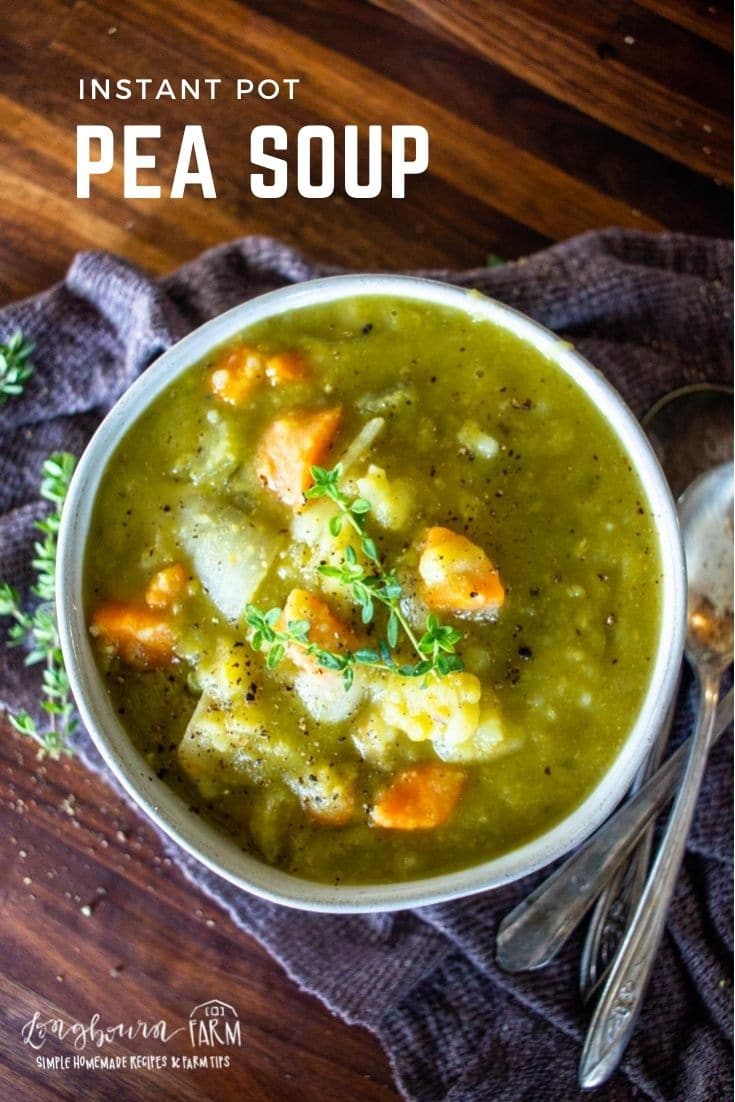 Split pea and ham soup is a classic comfort dish that is perfect for a cold day. Make it in double time with an Instant Pot!

Split pea and ham soup is a traditional soup recipe with a tasty rich and flavorful soup packed with veggies and ham, every bite tastes better than it looks.

While some people may not be able to look at split pea soup with ham without thinking of “certain horror films,” this soup actually existed long before then and will continue to live on for decades.

While split pea soup has been a frugal favorite for thousands of years (early reports of a version existing around 400-500 B.C) it hasn’t been until recently that it came to be made in the Instant Pot.

Making Instant Pot split pea soup with potatoes is a great way to get a flavorful soup with minimal time or effort. No more waiting for hours because this soup just needs 30 minutes to cook and pressure release.

One of the best things about split pea soup is that it’s such a frugal recipe. Using leftover ham bones from cooked ham, a ham hock, or some chopped leftover ham is a great way to stretch your dollars and get the most out of a small amount of meat. Even the dried split peas are cheap!

What you’ll need for split pea soup with ham

How to make split pea and ham soup

How can I thicken pea soup?

If you find that your soup isn’t as thick as you would like it, you can always choose to remove a cup or two of the soup and run it through a blender or food processor before stirring it back into the soup.

This is an easy way of getting thicker soup without adding anything else to the mix and ruining any flavors we have going on. Just be careful as the soup will be hot.

With a rich and savory split pea soup, you can get a comforting feeling in every bite and it’s perfect for a cold chilly night! 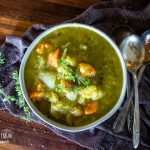 If you’re using a ham hock, add it at the beginning and pressure cook it with the remaining ingredients.  In the video here, I did not use a ham hock or chopped ham because it has been difficult to find in my area! I highly recommend using it though. If you cannot find a ham hock, use diced ham that is already cooked and add it at the end. If you pressure cook the diced ham, it will just dissolve into the soup.