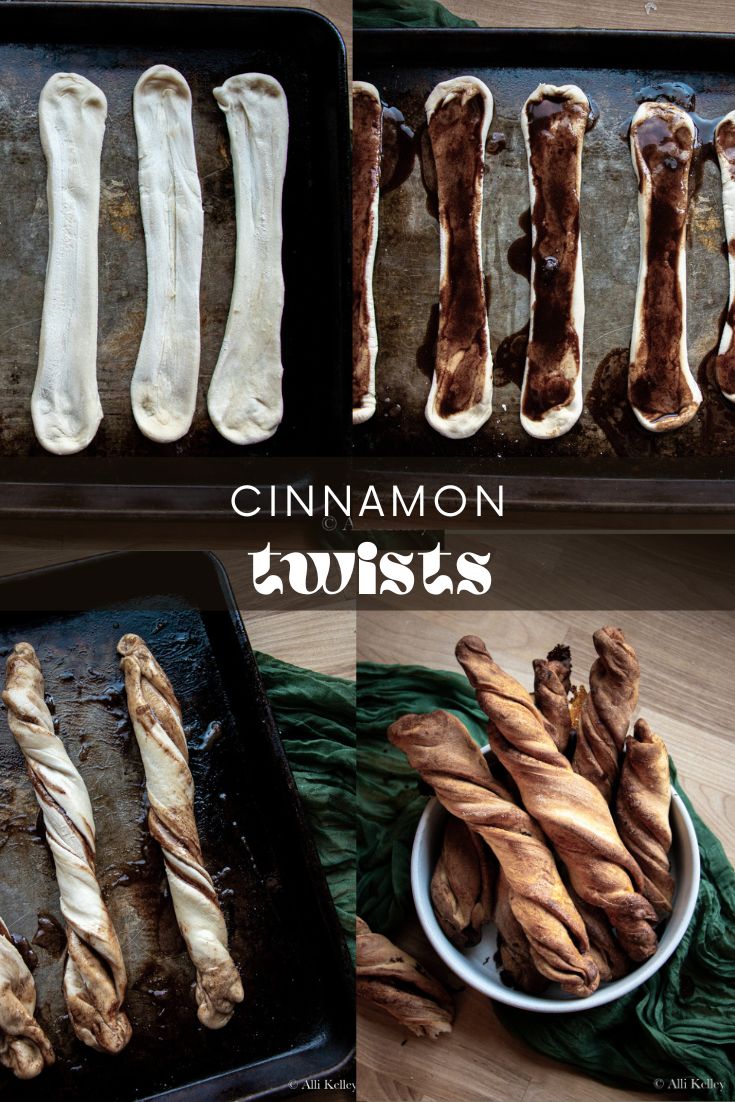 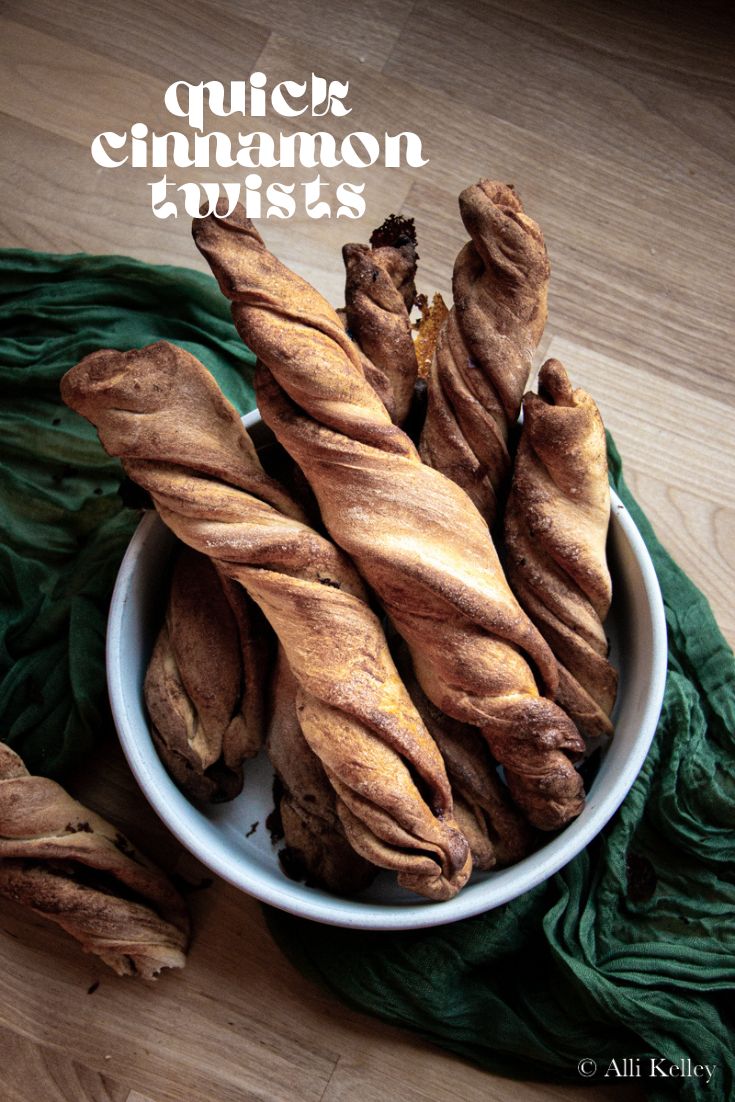 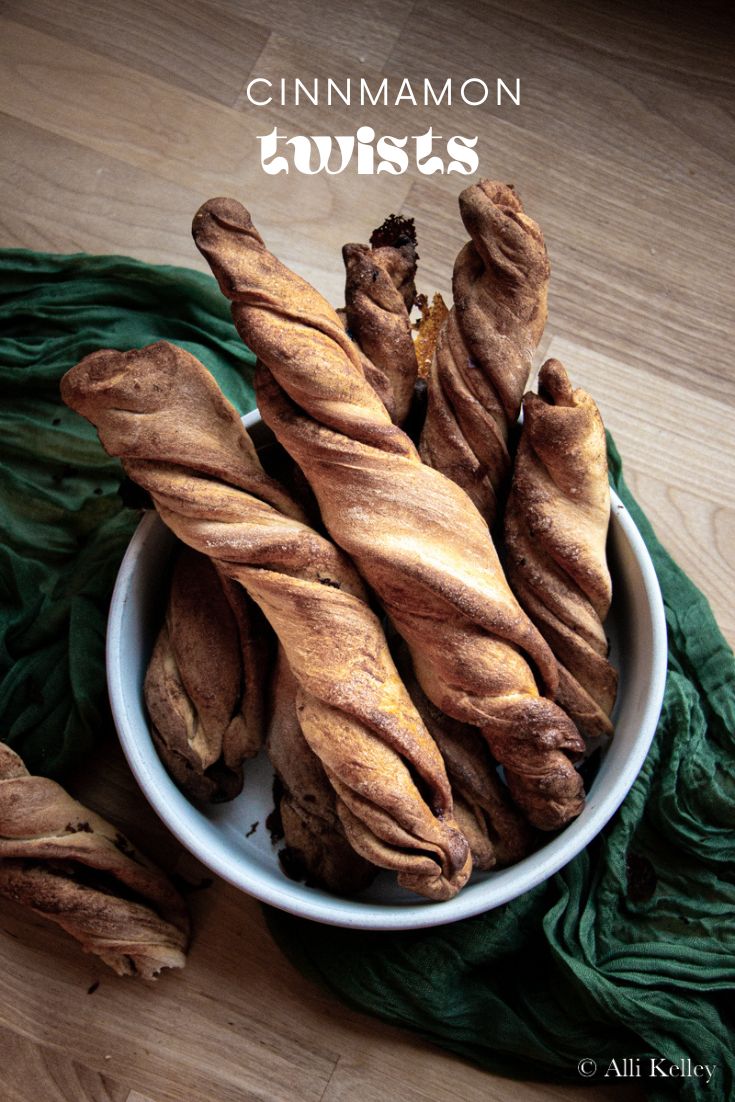 There’s nothing quite like the smell of freshly baked cinnamon goods wafting through the kitchen. Now, what if I said you could have some mouth-watering cinnamon twists of your own in 45 minutes or less? No, I’m not joking – knowing how to make cinnamon twists doesn’t need to be difficult or time-consuming when you follow my cinnamon twist recipe!

The secret to these cinnamon twists is using Rhodes freezer bread rolls – just like in my recipe for garlic knots. I know what you’re thinking; using pre-made dough is cheating. But trust me when I say these cinnamon twists are just as good (if not better) than any you would get from a bakery.

While my cinnamon twist recipe uses the convenience of pre-made dough – if you have the time and inclination to make your own dough, then absolutely go for it!

My super easy (no kneading required!) melt-in-your-mouth good feather roll recipe is perfect for making cinnamon twists. Creating your own dough from scratch is super special and something I love to do when I have the time.

Ingredients For My Cinnamon Twist Recipe

How To Make Cinnamon Twists

How to Shape a Cinnamon Twist

You can tie or shape this cinnamon twist recipe however you’d like, but here is a more detailed tutorial on how I do it:

If you would prefer to tie your cinnamon twist, like how I do for my garlic knot recipe, here’s how to do that:

The first method gives this recipe the classic cinnamon twist look and makes them easier for dunking, but the recipe works either way.

What’s the best way to serve a cinnamon twist?

Cinnamon twists make the best afternoon snack when paired with a big steaming mug of coffee or tea! Or better yet, I love dunking my cinnamon twists in a decadent cream cheese frosting – like what I serve my homemade cinnamon rolls with. You could even try dipping them in some melted chocolate!

If you’re not a fan of frosting or chocolate, then simply dusting your cinnamon twists with a bit of icing sugar or serving them with some fruit and yogurt makes for a delightful breakfast.

Can I make cinnamon twists ahead of time?

If you want to pre-prepare some delicious breakfast cinnamon twists or have a stash in the freezer (for whenever the craving hits!) – you can absolutely make my cinnamon twist recipe ahead of time.

Once the cinnamon twists are cool, store them in an airtight container at room temperature for up to 3 days, or freeze them for up to 6 months.

How do I reheat cinnamon twists?

Whether you’re using Rhodes freezer bread dough or making your own, there’s nothing better than a warm cinnamon twist. If you have some leftovers you want to reheat, wrap them in foil and bake at 350 for 5-7 minutes.

If you have frozen your previously baked cinnamon twists and don’t have time to thaw them, you can also wrap them in foil and bake for 13-15 minutes – easy peasy! 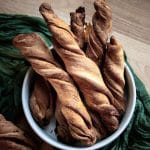 If you’d like to make homemade roll dough, try out my delicious Feather Roll recipe!