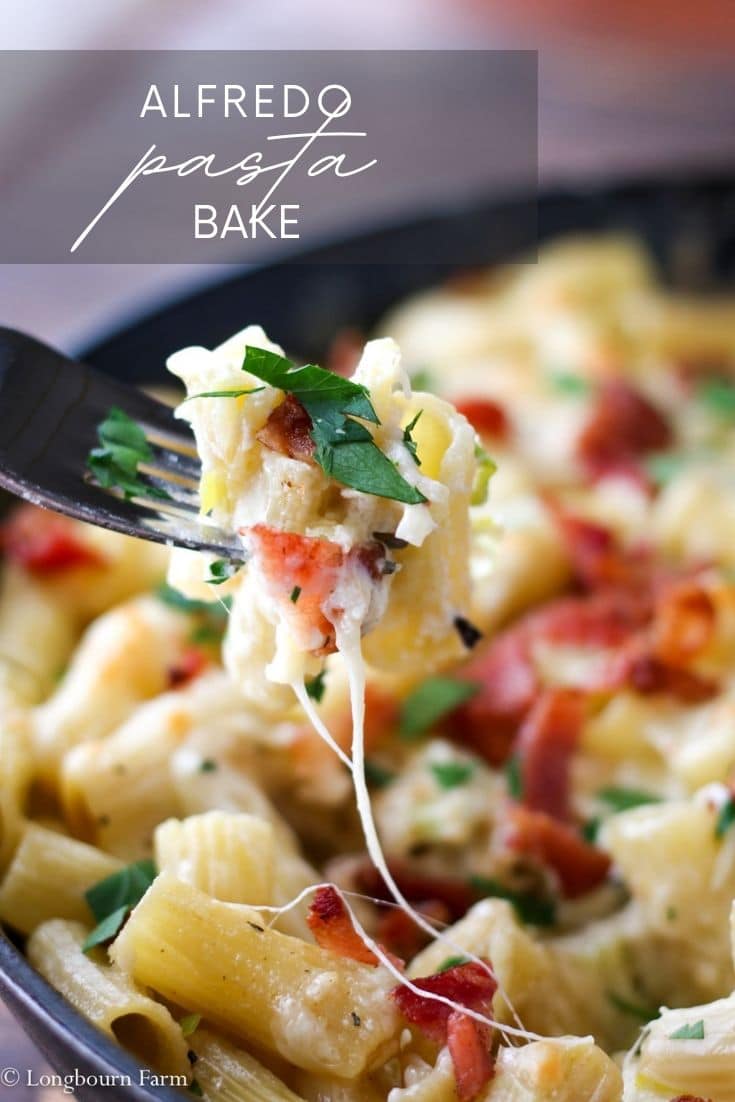 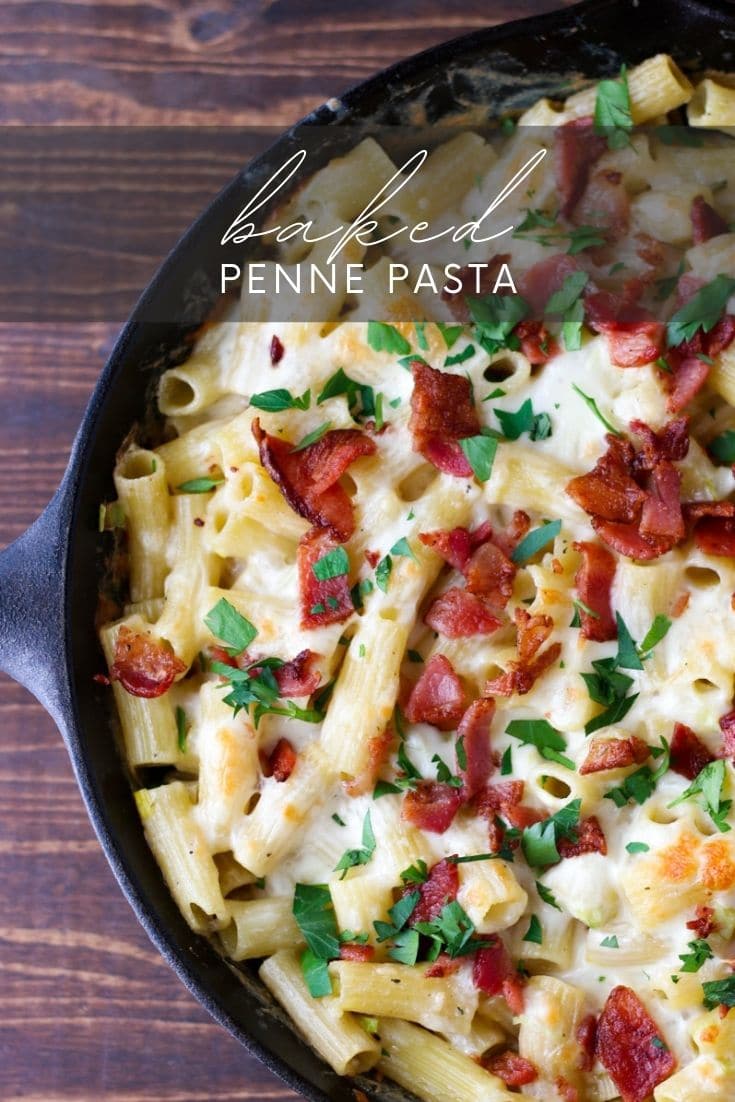 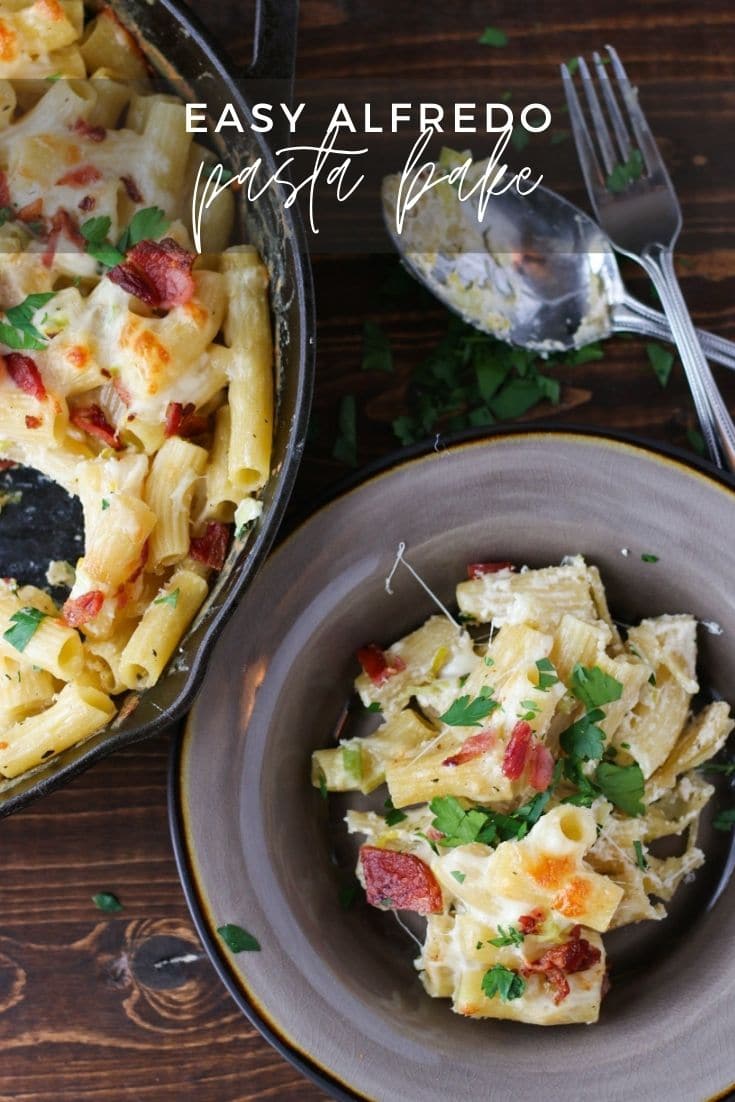 A simple and easy alfredo pasta bake is just what you need. Bubbly cheese on the outside, creamy on the inside, and ready in just 25 minutes.

We enjoy this recipe often and it’s not hard to see why. From the mountain of cheese to the perfectly cooked pasta, this dish is as comforting as it is delicious. From start to finish it takes less than 30 minutes to whip it up and get it on the table so it’s perfect for those busy nights when you want something fast.

A reader was kind enough to offer their variation of the dish, which we just HAD to share. It sounds so delicious. Omit the leeks, use shallots, onions, and leftover ham (like Easter ham). This could be a great way to use up holiday leftovers and it shows just how versatile this easy pasta bake really is!

How to Clean and Use Leeks

Leeks grow in layers that trap the sandy soil they grow in easily. Because of this, there is a special method to cleaning them.

This baked penne pasta is one of my favorite weeknight meals. We don’t need a lot of dishes, pots, or pans to bring it together. Everything is made in the same skillet (with exception of the pasta) and it’s pretty versatile because it almost always works with any cheeses you may have on hand.

Can I make alfredo pasta bake in advance?

Yes, you can prepare the pasta and sauce up to two days in advance and place it in a covered casserole dish in the fridge. Place it on the counter to rest as the oven preheats before baking so that the dish has time to warm up to room temp. This can help to prevent the casserole dish from breaking as a result of going from a cold fridge to a hot oven too quickly.

How long are leftovers good for?

You can keep your pasta leftovers stored in the fridge in a covered or airtight container for up to 3-5 days. I recommend eating it sooner rather than later because the pasta may become dried out as it ages.

Can I use different noodles?

Yes. While we love this pasta bake with penne, but you can use any short, tubular pasta in this recipe. 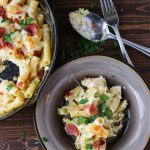