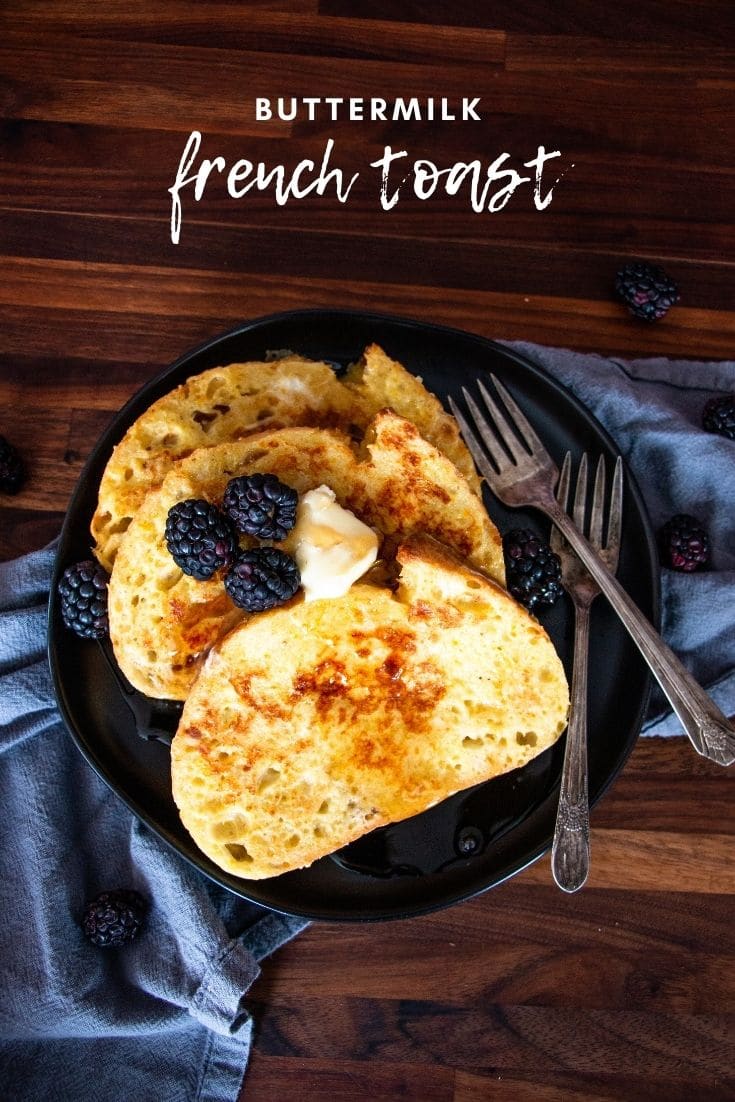 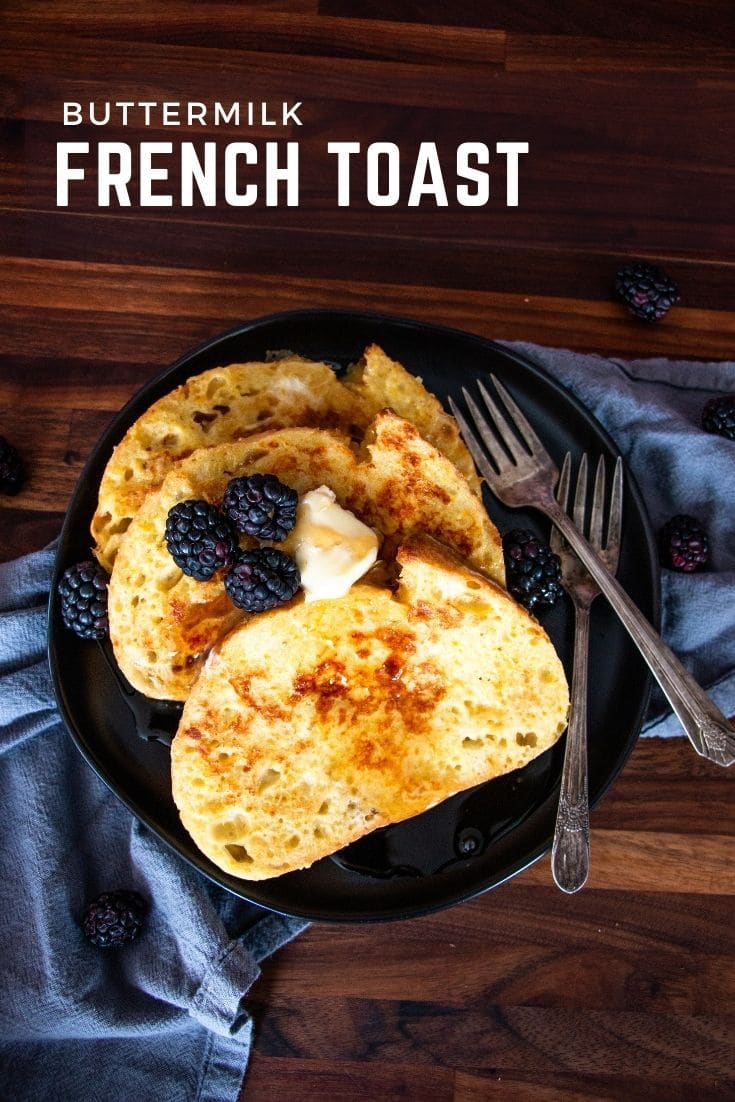 Buttermilk french toast is a simple but decadent breakfast you will love. Perfectly spiced, crisp on the edges and soft in the middle.

We love french toast. Who doesn’t? It’s so simple and easy to prepare and doesn’t require much effort at all. Golden crispy bread with a soft spiced custard-like bread in the middle. Yum!

For this recipe, we’re keeping it simple and easy but adding in a bit of flavor and richness thanks to buttermilk and orange zest. If you’ve never tried your french toast recipes with buttermilk then you are in for a huge treat because this is way better than plain milk.

Can you use buttermilk for french toast?

Yes. While there is nothing wrong with using regular milk for this recipe, using buttermilk totally makes a difference. The buttermilk adds a tang and creamy texture to the toast.

How to make Buttermilk French Toast

Toppings for French Toast with Buttermilk

You can top your french toast with fresh fruits, powdered sugar, or any flavored syrups, jams, or spreads like Nutella, cream cheese, or butter.

How to Store, Freeze and Reheat French Toast

How long is french toast good for?

After cooking up your french toast, you can allow your bread to cool down and store it in an airtight container for up to a week. Simply reheat and eat when ready. This is a perfect way to meal prep breakfast for the week to simplify the morning routines.

Can I freeze french toast?

Yes! You can stick your cooled french toast on a baking sheet and place it in the freezer for about an hour or two to solidify. This helps to prevent the pieces from sticking together so you can easily grab one or many as desired when hungry. Transfer them to an airtight container and freeze for up to 3 months. Thaw and cook when ready to eat.

How to reheat Buttermilk French Toast

The simplest way to reheat french toast is to simply heat a pan over medium heat and melt some butter inside. Then fry both sides of the french toast until the bread has been warmed through. This method adds a little flavor while getting the outside of the bread crisp so that it doesn’t end up soggy.

For faster methods, you can simply microwave the french toast (will be softer in texture) or you can place it into your toaster and heat it that way. You may want to keep a close eye on it with this method though as you don’t want to overcook it.

The french toast origin story varies depending on who’s telling it but the experts believe that french toast was created back in the 5th century BC by the Romans. The story goes that Romans would dip slides of bread into milk and sometimes eggs before frying them. This dish was called “Pan Dulcis.”

What goes with french toast?

Serve your french toast up with other common breakfast favorites like eggs, bacon, sausage, or fresh fruit.

How do you make French toast that’s not soggy in the middle?

A good way to avoid soggy bread is to use stale or lightly toasted bread for your french toast. When using fresh sandwich bread the bread can often absorb more liquid than usual which often results in wetter centers.

Another good way to avoid soggy centers is to make sure your pan is properly heated. If you notice the outside of the bread cooking really quickly and the insides still looking underdone and soggy, then your heat is turned up too high. Turn it down lower so that the insides can cook at the same speed as the outsides of the bread.

Why doesn’t my French toast get crispy?

If you want your french toast to be a bit more crispy then make sure to cook it at a proper temperature so that it doesn’t end up soggy. Also, adding some sugar into the egg mixture will help to give you a nicely caramelized outer bread which really works well in getting the bread to be a little crisper.

What is the key to good French toast?

There are a lot of things that you can do to make sure that you get good french toast.

Beat the eggs well enough that they are well blended and not left with a lot of under-mixed egg whites. This will give your french toast a more even appearance.

Cook the french toast on a lower heat for a longer amount of time so that it has time to crisp on the outside and cook through in the center.

Why isn’t my French toast fluffy?

If your pan wasn’t hot enough when you put your first slice into the pan then there may be a puddle of egg around the bread from where it leaked off of the slice. This also means that your french toast won’t rise as it cooks and may actually sink a little in the center, resulting in a non-fluffy slice of french toast.

Why add milk to eggs for French toast?

Milk helps to add moisture and richness to your egg mixture as well as some added fats to give us a creamier texture and consistency.

The higher the fat consistency the fluffier your french toast may be as a result.

What can I use instead of butter for French toast?

Using butter is the ideal way to get the best flavor from your french toast but if that isn’t an option you will want to choose a neutral-flavored oil to help grease the pan. Canola oil or vegetable oil will work best but even olive oil can work too. Melted shortening may also be used when in a pinch. 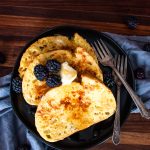