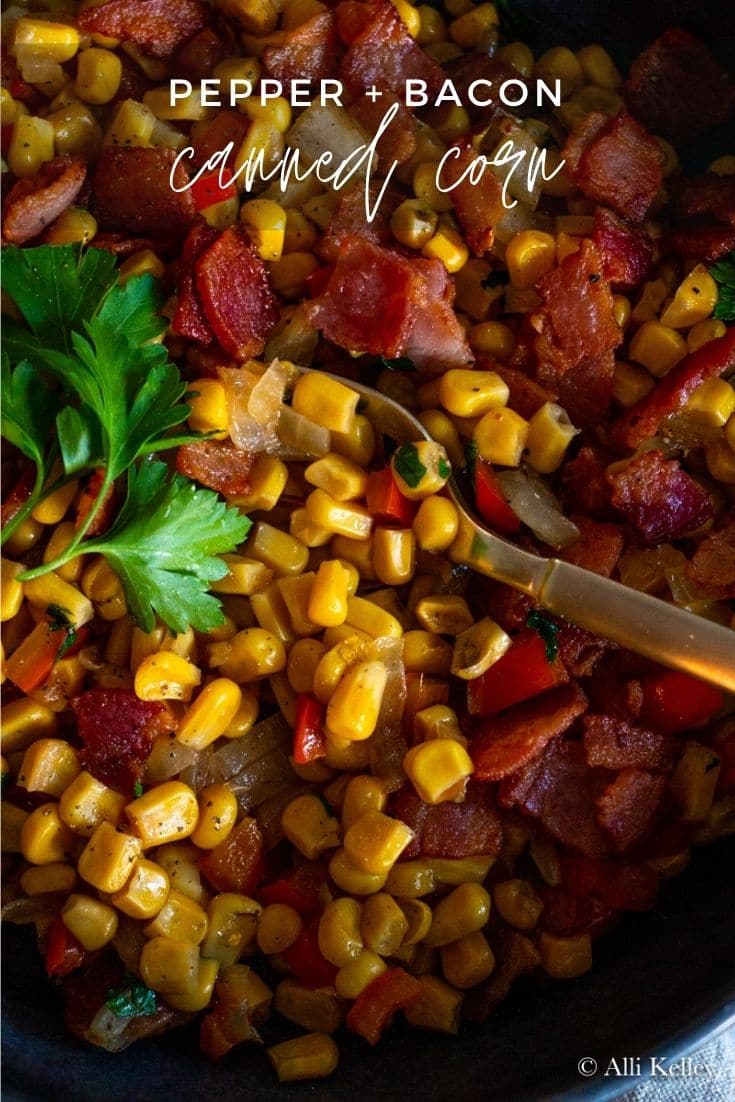 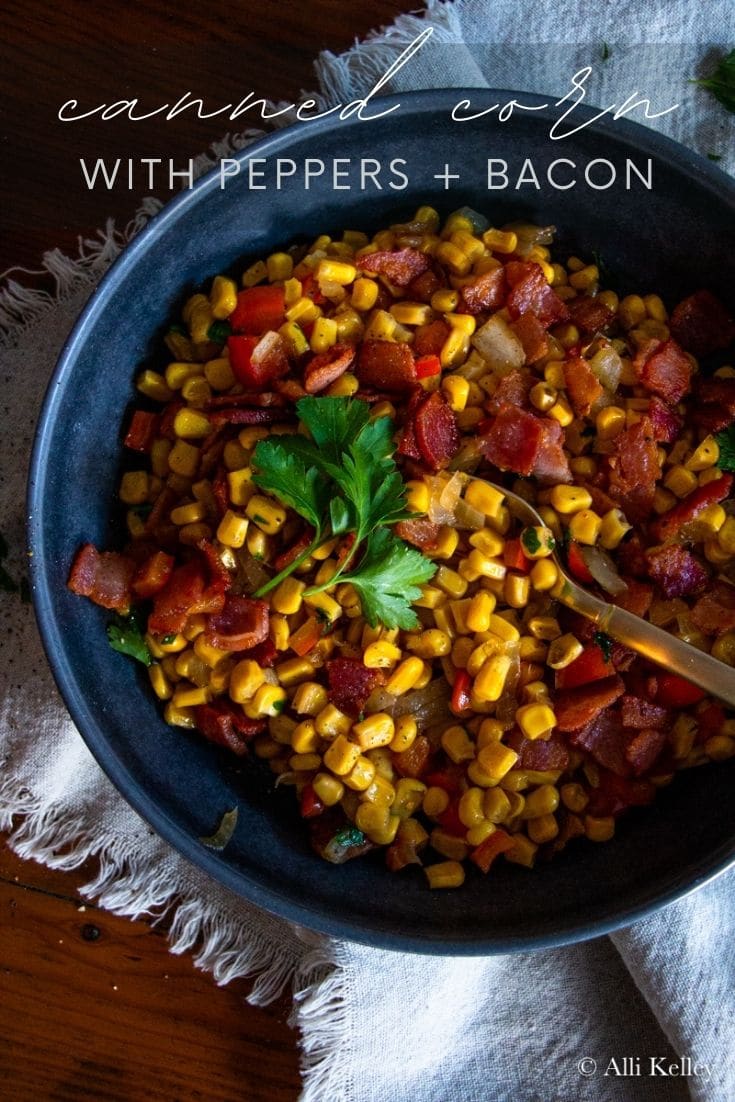 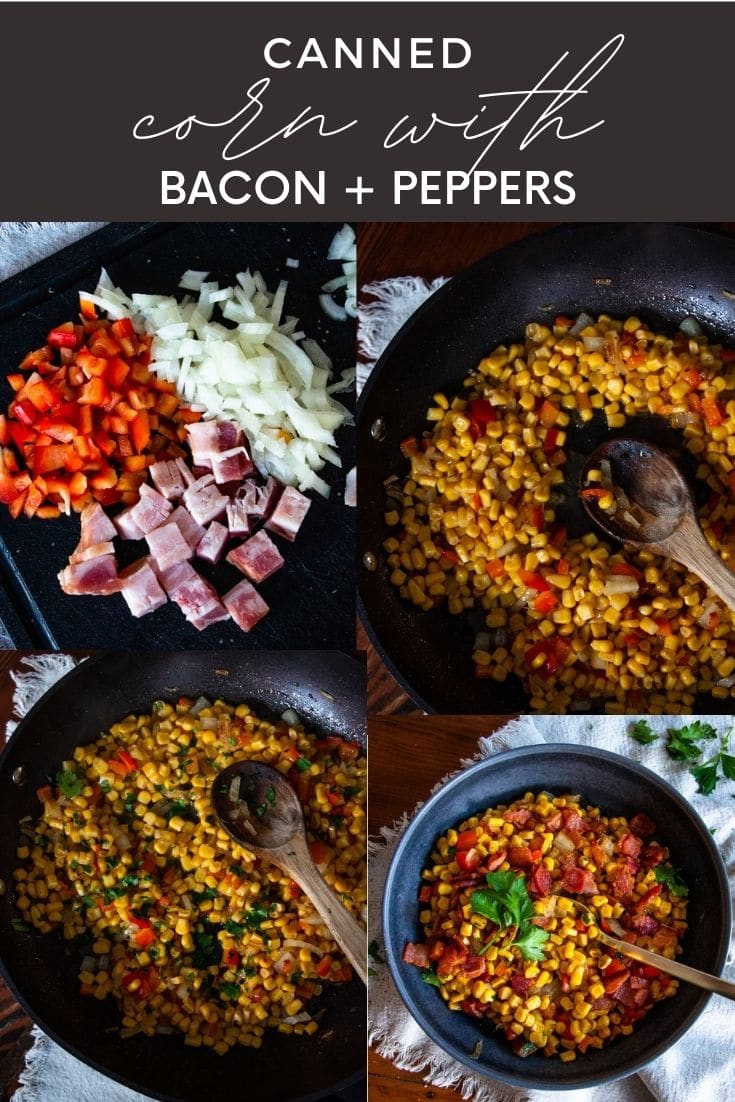 Take canned corn to a new level with this easy and flavorful canned corn recipe! This recipe makes getting your veggies in tasty!

Canned corn is a cheap way to get vegetables into your diet when the budget doesn’t allow for fresh. But not everyone enjoys the taste of canned corn, or they get tired of it because there is no flavor added.

This canned corn recipe will change your entire perspective of this side dish. Canned corn with peppers and bacon might begin making a regular appearance on your meal plan. You can make canned corn into an easy and flavorful dish that the entire family loves!

This sauteed corn recipe uses chopped cooked bacon, a minced red pepper, and minced onion, so you just know that it’s going to have an almost southern or Mexican-inspired flavor profile. The crunchy, salty bacon melding with the sweet, crisp corn and soft, sweet peppers and onions make this dish one that covers all of the best flavor profiles in each bite.

How to Make Canned Corn Recipe with Peppers and Bacon

A creative idea is taking this recipe and adding in a little Tajin, sour cream, and cotija cheese to make it taste like Mexican street corn. Of course, you can also just eat it as is, because the flavors are great!

Is canned corn better than frozen or fresh?

Having cans of corn and other vegetables in your pantry is a great way to keep food on hand for cheap. Canned vegetables often cost significantly less than frozen or fresh, and they can last for years. One is not better than the other – use whatever fits into your day, lifestyle, and budget.

While canned corn may contain a little more sodium than fresh or frozen, the nutrients are pretty much the same. This is thanks to the preservation process used while canning the corn when it was fresh.

There are about 1 ½ cups of corn packed into every 15 ounce sized can. This means that if you have fresh or frozen corn on hand and wish to make this recipe, you’re still in luck! Just replace the ½ can of corn liquid with some water instead (about ¼ cup). 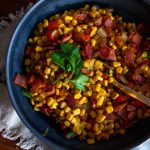