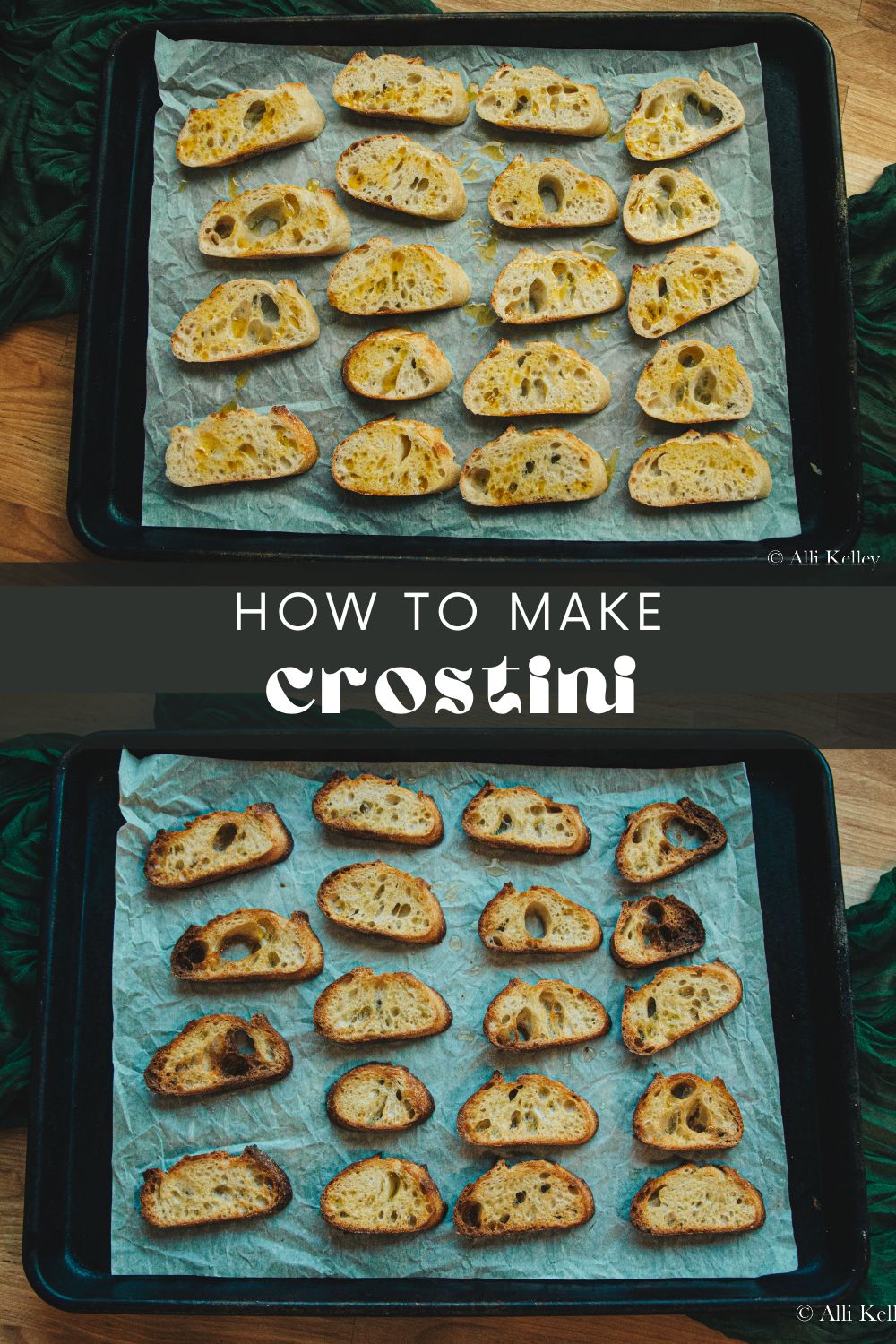 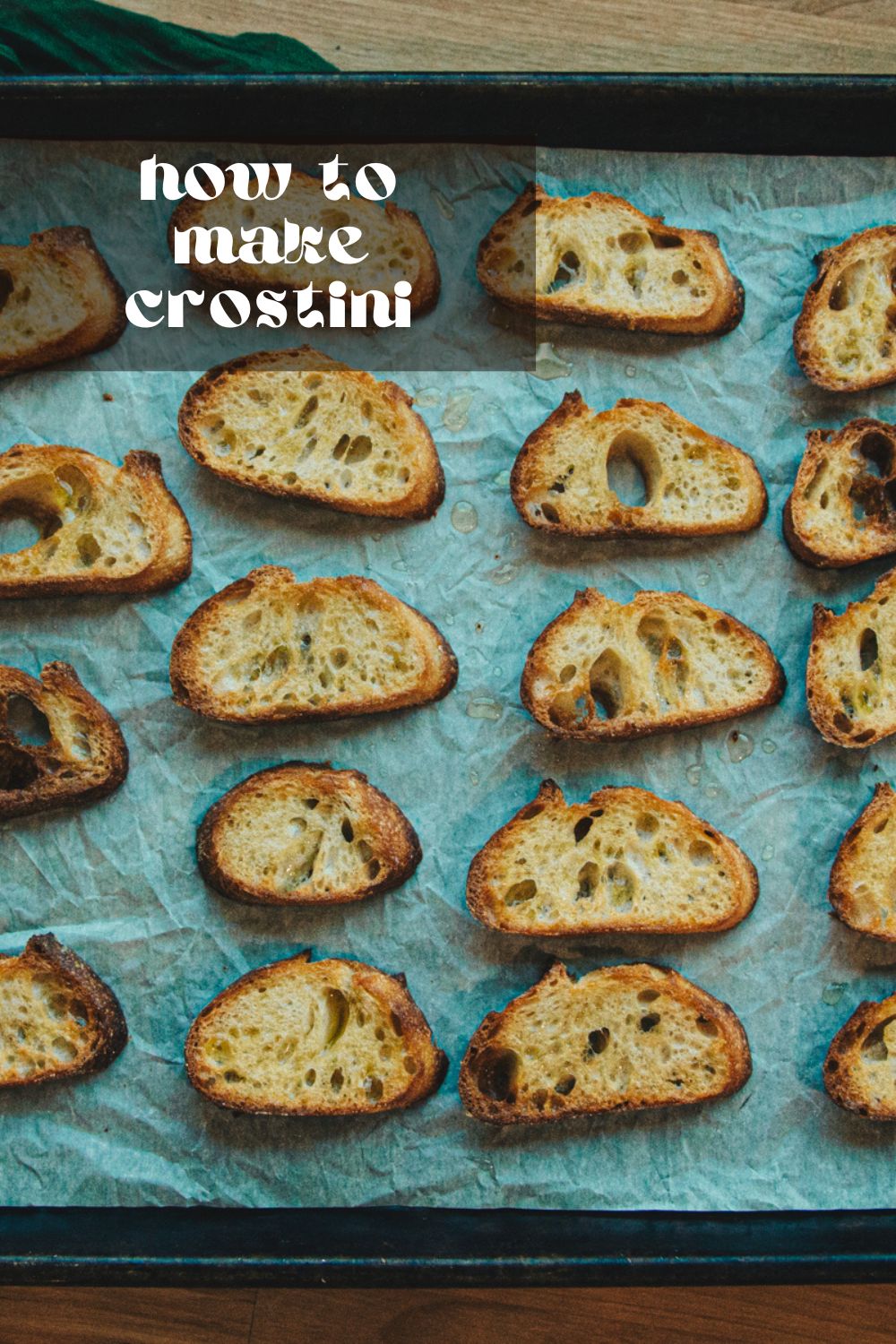 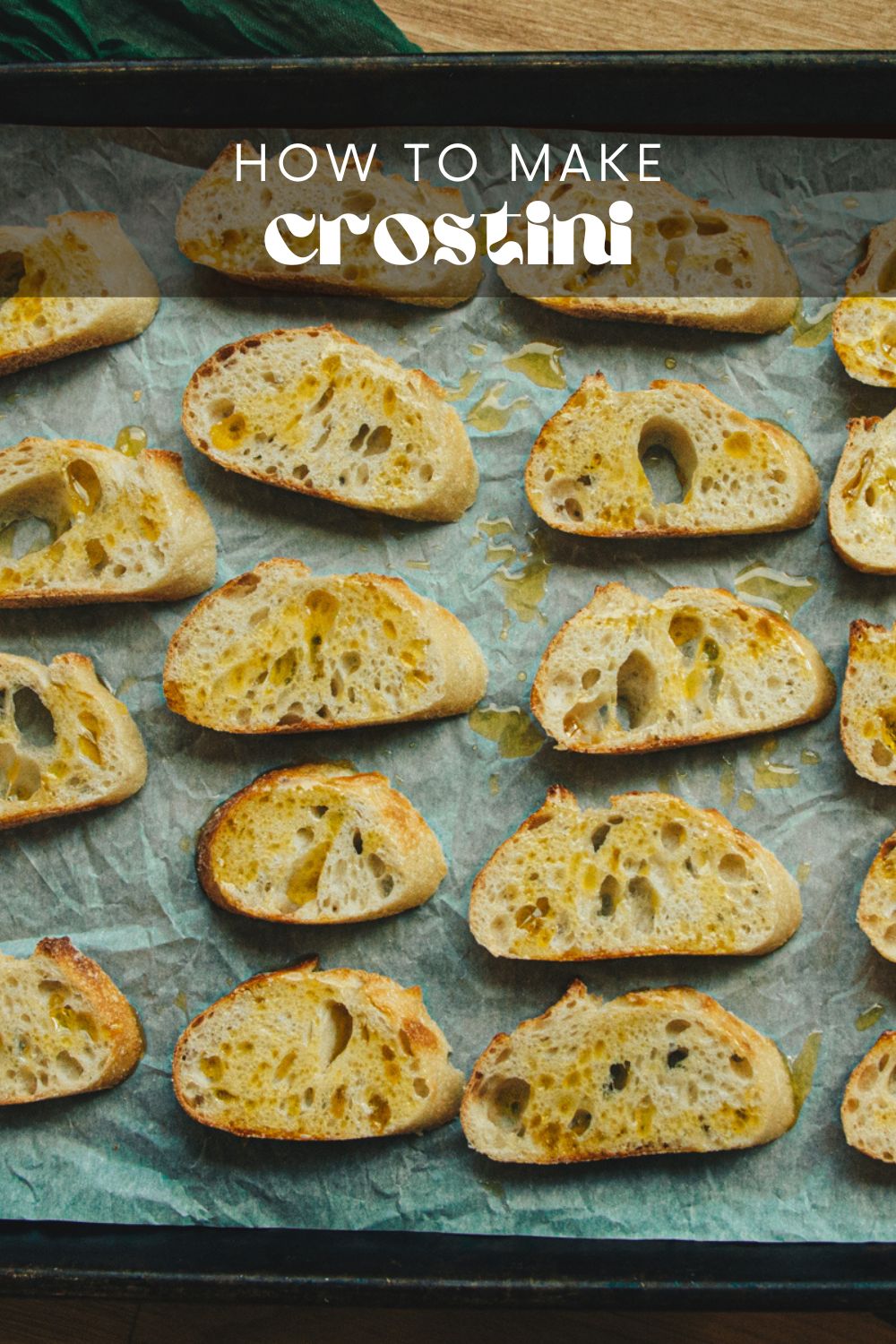 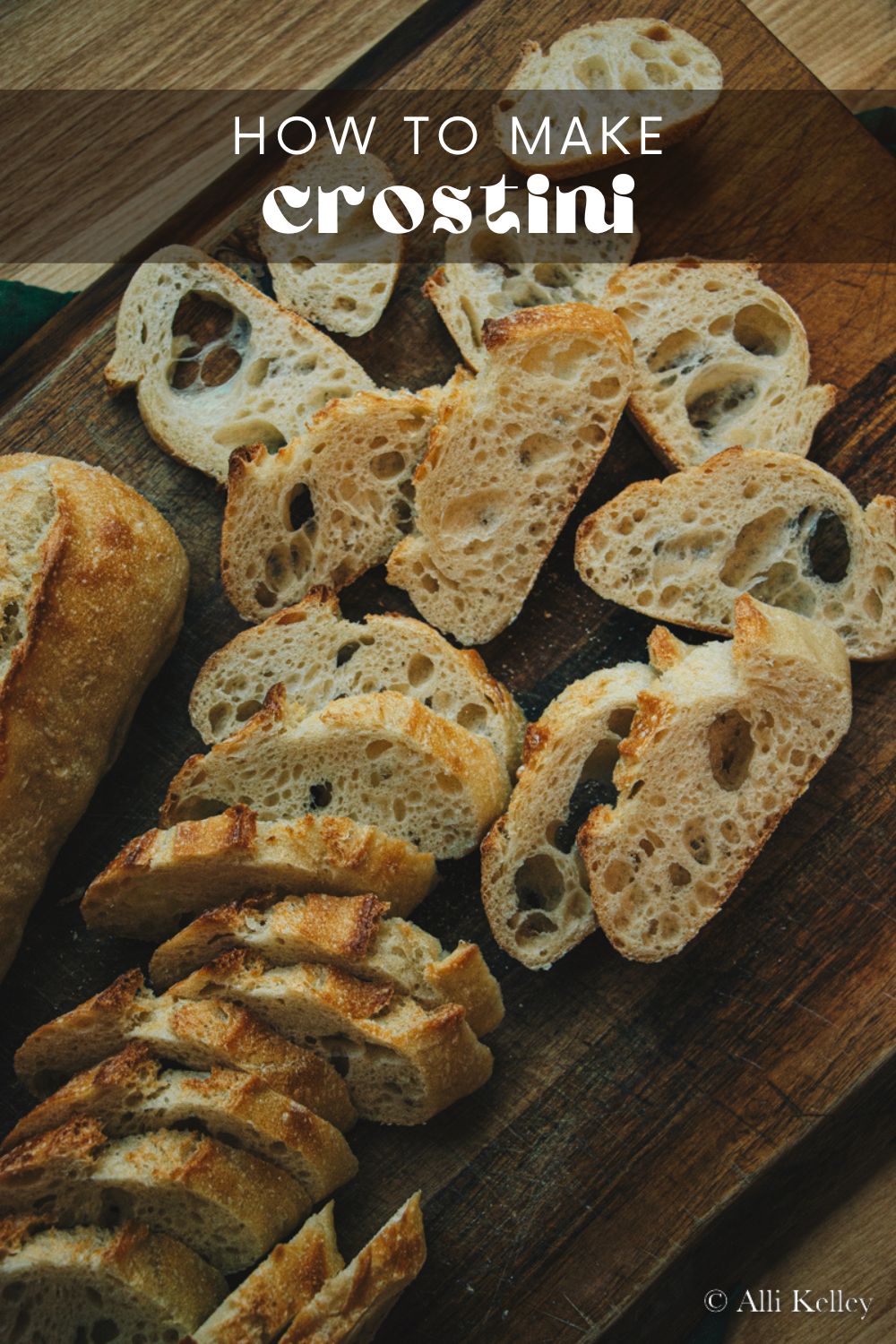 Once you learn how to make crostini, there’s no need to resort to the store-bought variety again! Crostini bread is the perfect amount of crispy and goes well with so many delicious toppings. These little bites of heaven are the perfect appetizer or snack, and they’re incredibly easy to make!

Crostini, or ‘little toasts’ in Italian, are slices of bread brushed with olive oil and either toasted or grilled. An easy showstopper – crostini appetizers can be made with a variety of toppings, meaning there’s something for everyone! Although there’s no need to save this crostini recipe for a party, they’re just as delicious as a snack or light meal.

The crunchy crostini bread makes a fun alternative to crackers or chips and can be paired with just about anything. Make sure to read on for my best crostini toppings recommendations! Plus, crostini is a fun way to use up any leftover bread you might not otherwise use. Trust me, discovering how to make crostini at home will be a game-changer!

How to Make Crostini

Crostini Toppings You Have to Try

Now that you know how to make crostini, you can try all the fantastic crostini toppings! Luckily for you, I have tried a bunch of crostini recipes and have collected some of my favorites for you to make. Be sure to let me know in the comments which are going to try!

How long does crostini bread last?

Crostini bread will last up to 3 days in an airtight container, stored at room temperature. Be sure to allow the crostini to cool completely on a wire rack before storing them! I also do not recommend adding toppings to your crostini appetizers or lunch and then storing them for a prolonged period, as this will make the bread soggy.

Is there any other bread you can use for this crostini recipe?

Italian bread, or any long loaf of bread, is traditionally used to make crostini. However, if you don’t have any on hand, then feel free to use whatever bread you have! Just be sure to slice it into thin pieces, so it toasts evenly.

Can you reheat crostini?

Yes, you can! Just pop the crostini bread back into the oven at 400ºF for a few minutes – just watch you don’t overdo it! 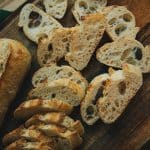 Once you learn how to make crostini, there's no need to resort to the store-bought variety again! Crostini bread is the perfect amount of crispy and goes well with so many delicious toppings. These little bites of heaven are the perfect appetizer or snack, and they're incredibly easy to make!
Prevent your screen from going dark
Course Appetizer
Cuisine Italian
Keyword crostini, crostini recipe, how to make crostini
Prep Time 10 minutes
Cook Time 10 minutes
Total Time 20 minutes
Servings 16 slices
Calories 90kcal
Author Alli
Get ad-free recipes in PrepearLearn more about Prepear here!