Home » Farm & Family » I painted my nails + a fun announcement!

On Tuesday, my brother got married. Which meant that we were traveling the beginning of this week. Which meant that me purchasing two bottle calves three days before we left was an excellent idea. Or not. I’ve had better ideas. But that’s a story for another day, right now just know that I have really, really good friends who are going to be sainted in the next life. Or in this life, I’m working on that. Anyways. Weddings in my family are always a little nuts. Actually, if weddings in your family aren’t a little nuts, please contact me. I’d like to know how you achieve that state of calm.

Because it was a wedding, that meant I needed to be presentable. Like probably shower. And brush my hair. And trim and file my nails. All of us run around here with perpetually dirty fingernails if they aren’t short. TMI? No? Are we still friends? Don’t worry, we are awesome hand-washers. Cross my heart.

I attempted to get the majority of this beautifying done before we left {dry shampoo is my BFF, remember?} but then I bought some bottle calves. And they got sick. And so I really just became more dirty and smelly. Ha.

So we arrived at my parents Sunday night only slightly sweaty, dirty, slobbery, and disheveled. But I think my hair was actually clean. Well, as clean as it can be after tube feeding a sick calf. Which for me is pretty clean!

Enough about my hygiene. Lucky for me, my little sister and one of her BFF’s and my mother are the queens of clean, beautiful, and presentable so I was in good hands. My little sister and I bought some nail polish to go with our dresses and I even got my makeup done by a professional {And awesome family friend, she is seriously the best. Check her out!} Did you know there are ENTIRE stores dedicated to makeup?! My eyes have been opened. This is probably how people feel when they find out there are entire stores dedicated to horse riding gear. 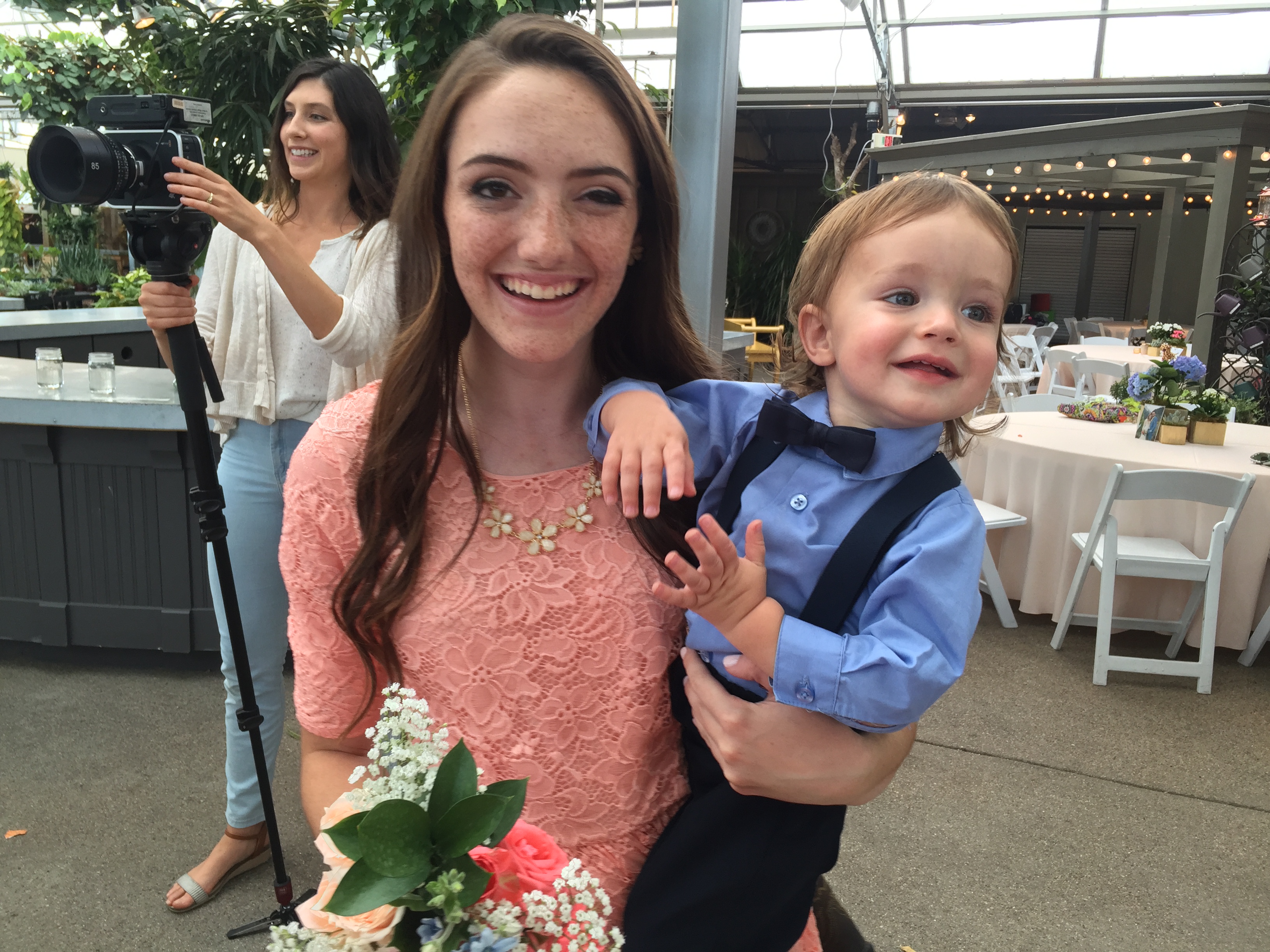 So, now for our fun announcement. We are expecting another baby in October, a little girl this time! I’ve been waiting for the right time to share, and I think now is it. The reason this ties into this wedding story is multifaceted, mostly just for your entertainment. First, being 20 weeks pregnant and having a toddler just makes things a little more complicated. So traveling + wedding + sick calves + pregnant + having to be presentable is much more challenging than it would normally be. Also, all the bridesmaids were to wear matching dresses. And I was the oldest out of them all. And the only pregnant one. Which meant that being pregnant and in the same dress as a bunch of 20 {ish} year olds felt a little bit like an episode of teen mom – where I was the one who got knocked up. Ha! Obviously, that wasn’t the way it was but the thought crossed my mind a few times. 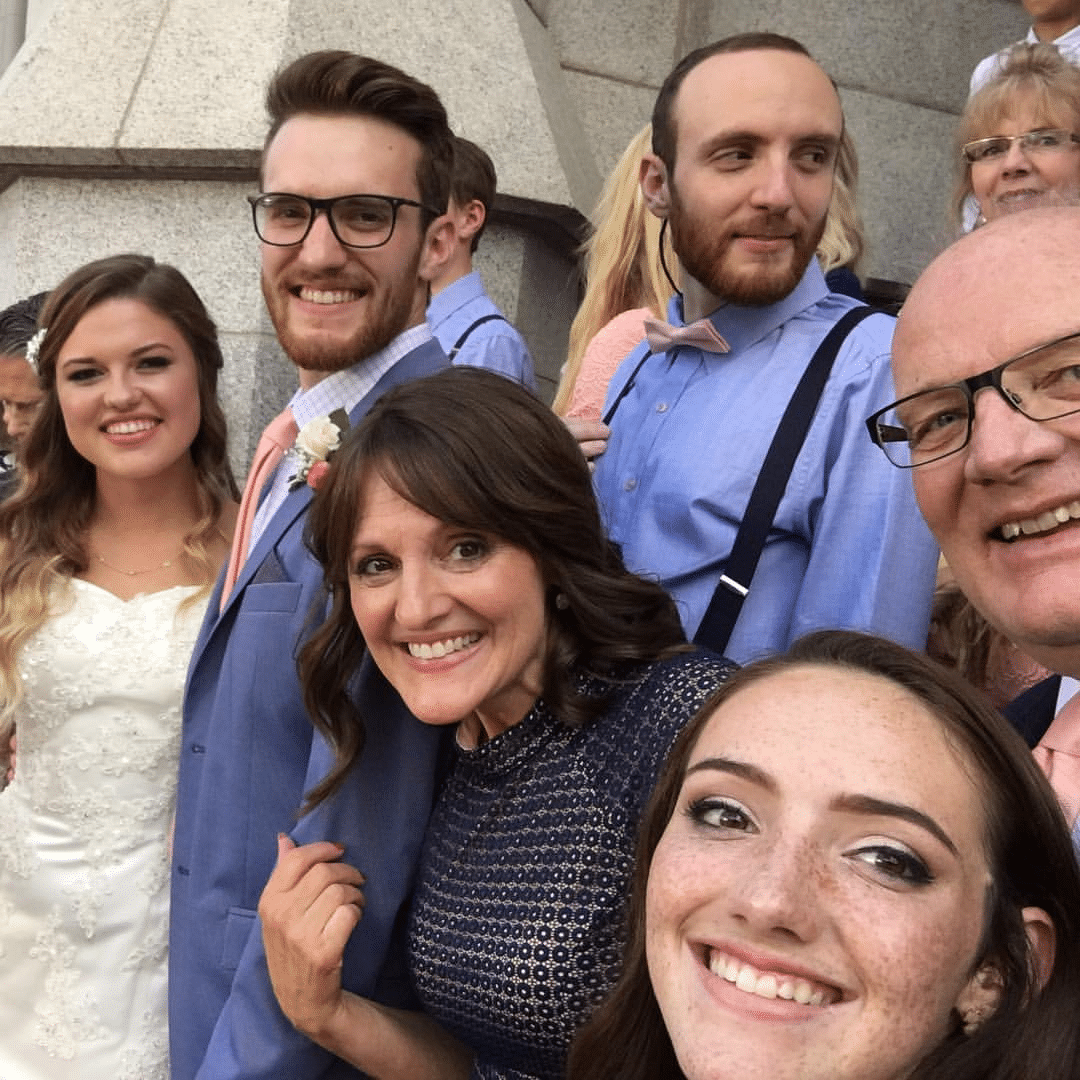 I was also in charge of center pieces for the wedding lunch and bending over really wide round tables in 4-inch wedge strappy sandals with a pregnant belly in a non-maternity dress was basically a super graceful endeavor. Luckily no one else was in the room to witness it besides my mother. Who informed me that I should stop bending over, at least in front of the window. 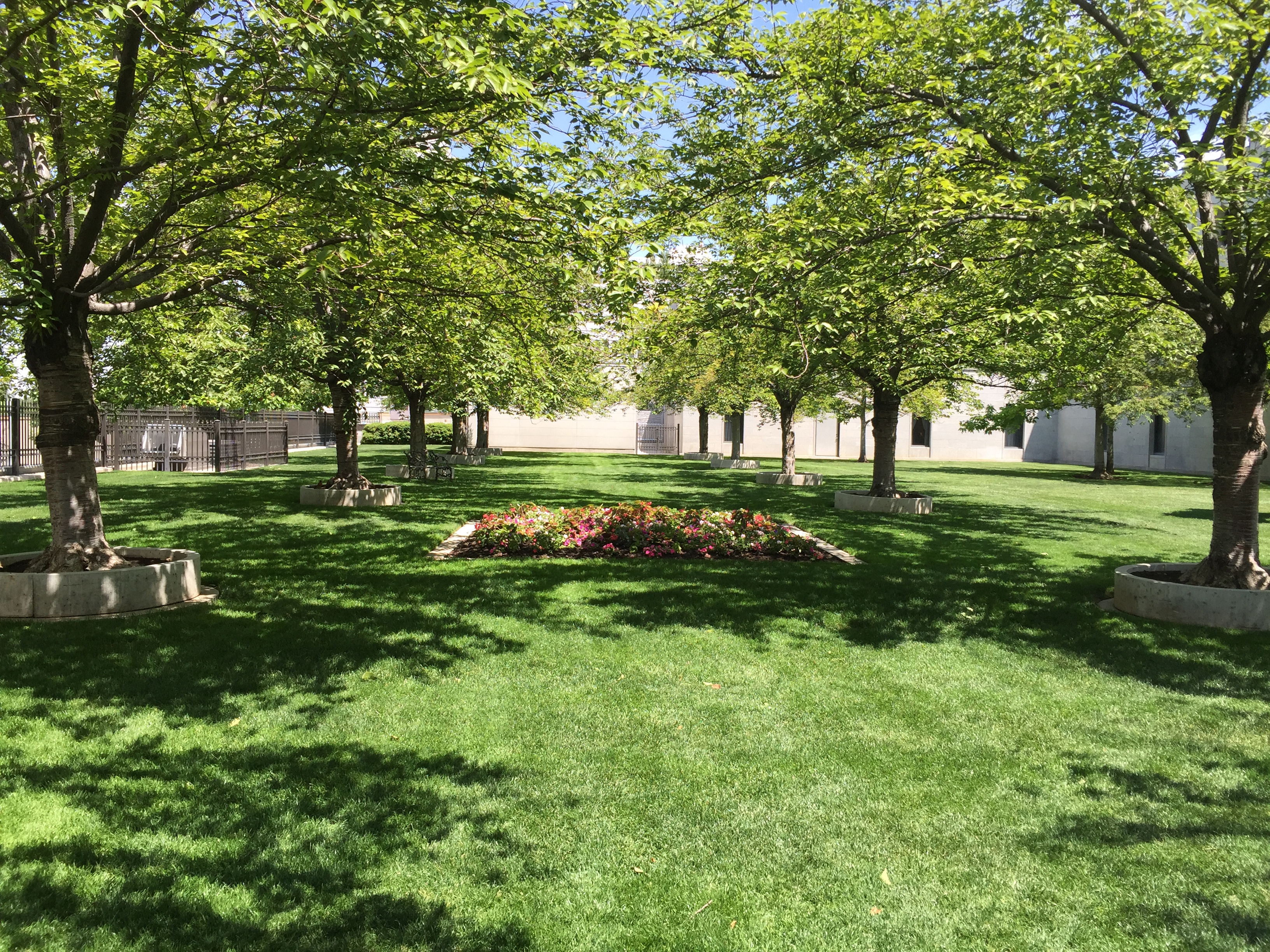 Abram was a little cutie on wedding day, a very long day with limited nap times. My dad snapped a cute picture of us together when he was falling asleep, but Andy was the real hero of the day. He kept Abram entertained, fed, and even got him to sleep during the luncheon. What would I do without him? Andy dropped his phone in the river while fishing a few days before the wedding which meant that we had to arrange things way in advance and actually have legitimate plans – what an ordeal! The Time Before Cell Phones certainly must have been interesting. 🙂 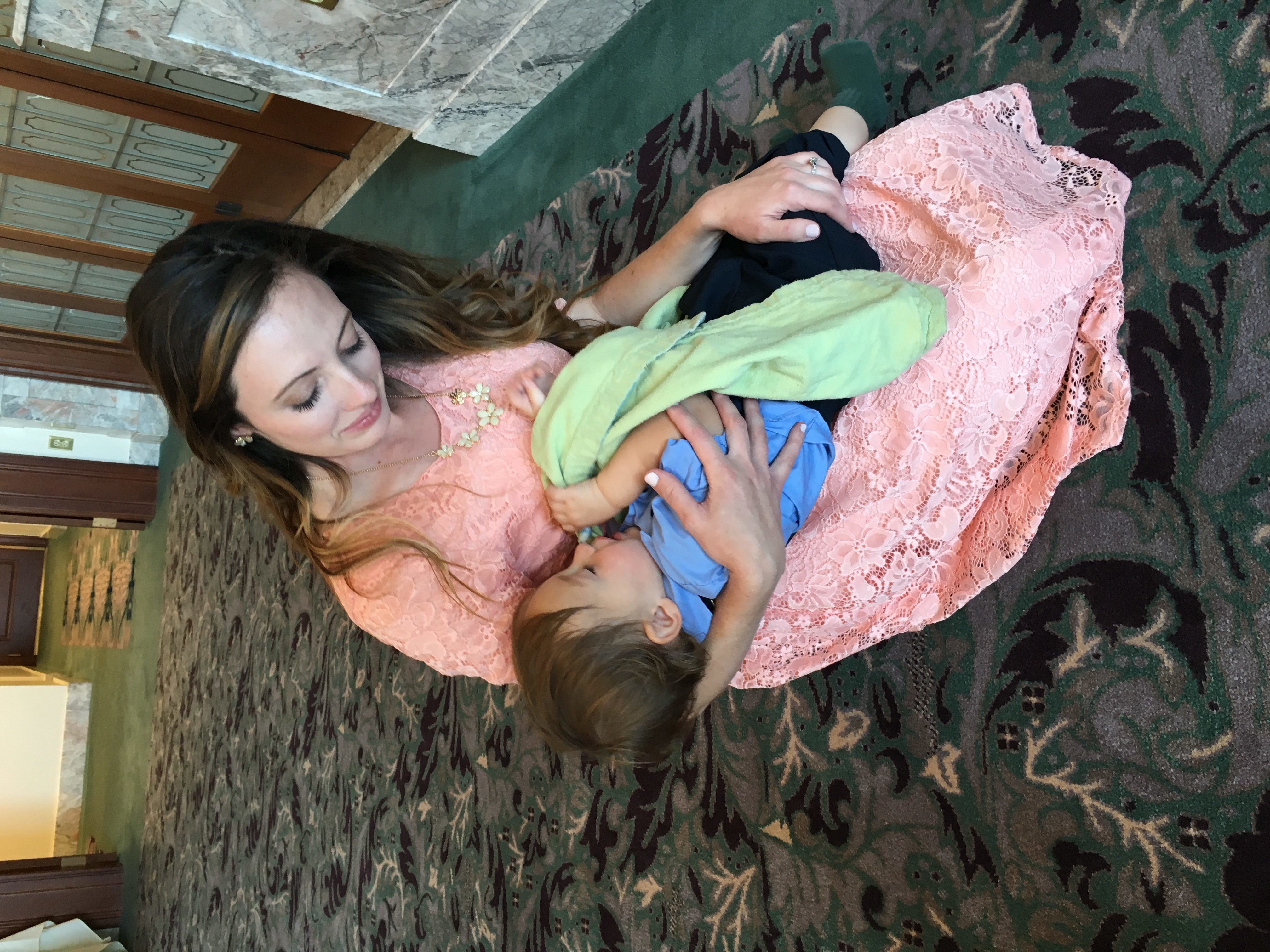 I was also that mom at the wedding reception who’s kid was running around playing in the dirt and water fountains. It was at a garden nursery so it was just all waiting there, asking for a little boy to play in it! Ha! I realized Abram doesn’t really understand that not all dirt and water is to be played in…we may need to work on that. I also realized that most mom’s use the phrase, “Don’t get dirty!” quite frequently. I may also need to work on that for certain settings… 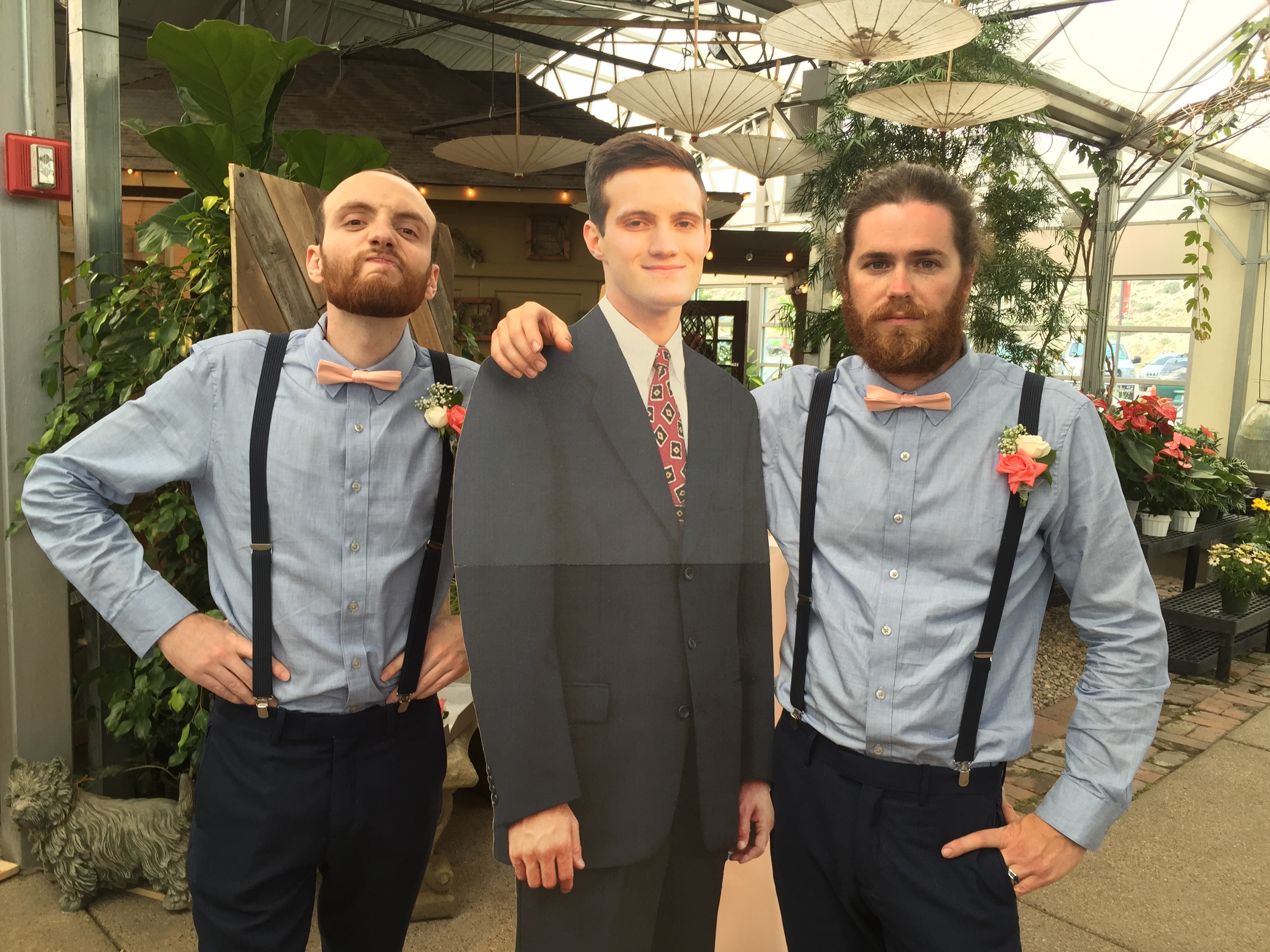 Overall, the bride and groom ended up married so it was a success, right?! Family functions are fun, but we always love coming home. We like our slow-paced and slightly more dirt-filled life out here in the country. I tried to get some cute pictures of Abram holding this adorable baby girl onsie for a pregnancy announcement, but he was more interested in finding sticks and rocks with Maverick and making tractor noises {John Deere shirt, ya just gotta!}. Which is totally fine and expected! I sure love him. Here are the ones I got…he was less than impressed with my idea. 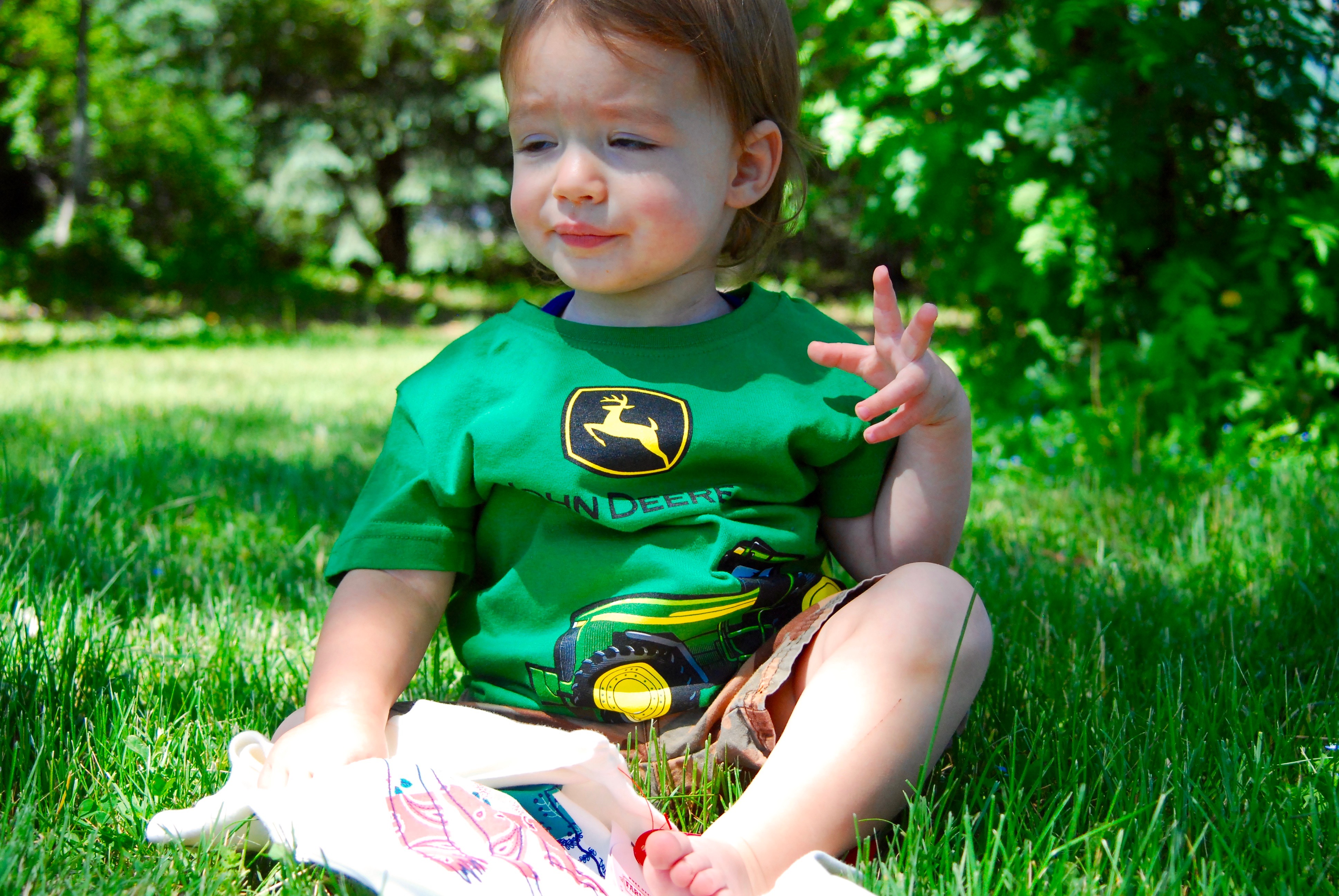 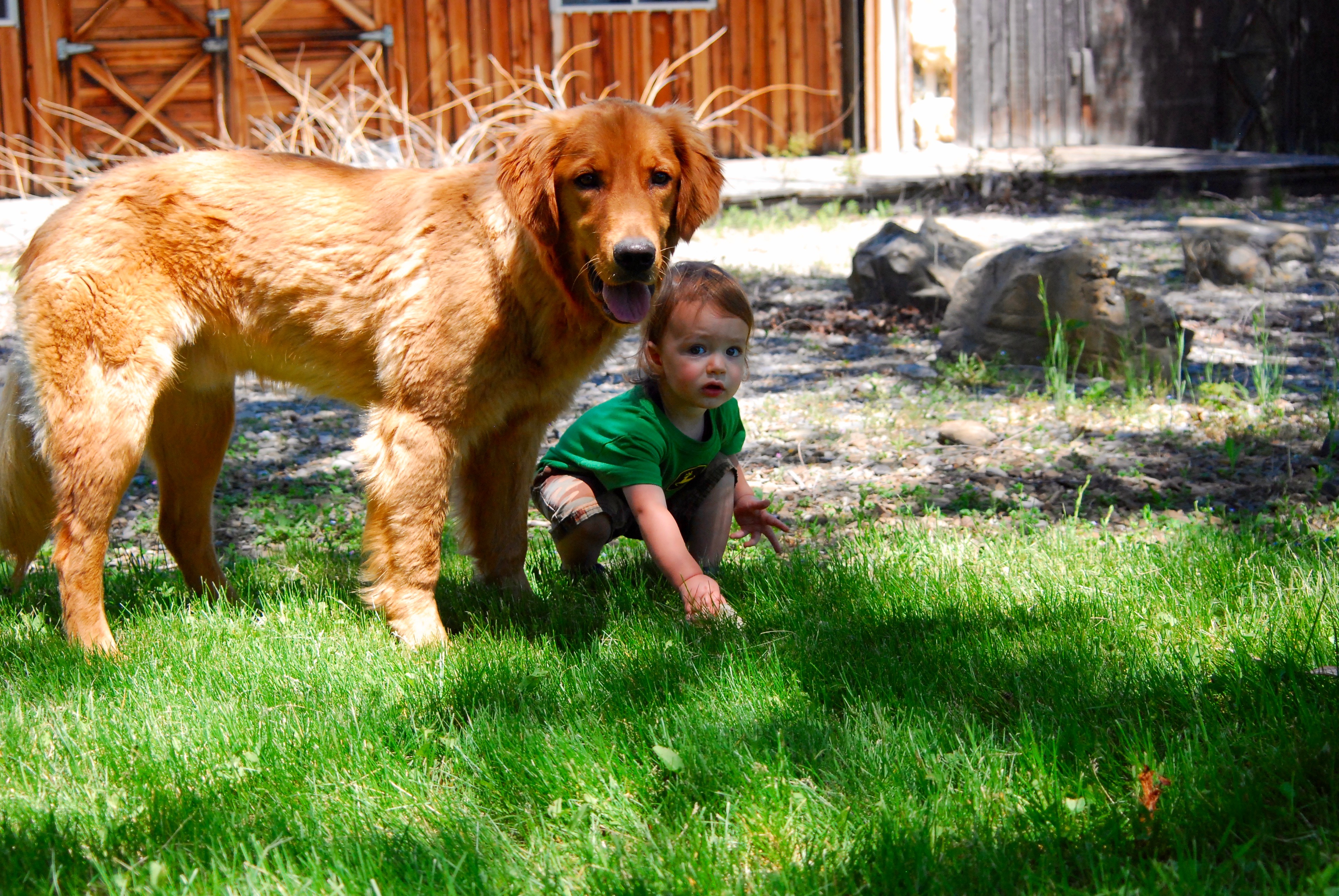 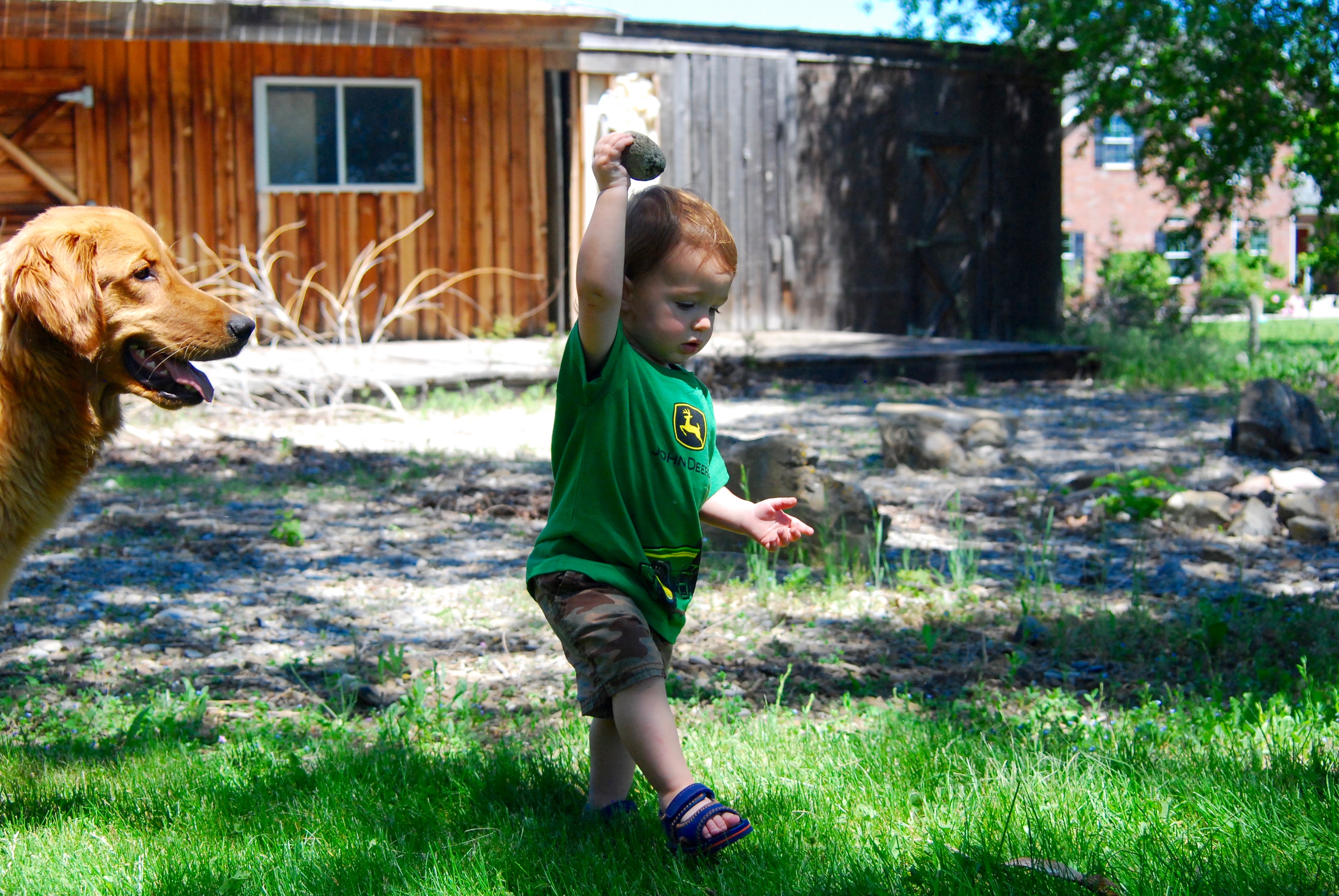 I have some really delicious recipes queued up for later this week and next, stay tuned! And I promise to fill you all in on our bottle calf drama. But for now, I think I need a nap…

« Your Kids are Going to Get Worms.
Breakfast Burritos »