Let it be known all throughout the land that I am almost the worst at making sure my chickens are friendly. I handle them periodically when they are chicks, but not enough for them to love me and want to be my BFF. I health check them nightly when they are on the roosts and easy to catch…because I’m lazy. But I think they are ok with it, they lay me awesome eggs to cook and bake with and I give them all the food, water, weeds, bugs and proper care they need and desire. Lately though, Andy has been accompanying me to do nightly chores and has taken it upon himself to become buddies with the entire flock.

He initially decided he would like to show the rooster who’s really boss. Our rooster is just getting mature and sometimes they can become aggressive as that happens. I’ve been keeping my eye on him and he’s left me and Abram alone so far, so I figured he was good. But Andy just wanted to make real sure. So every night he picks him up and carries him around and pokes at his face and feet and wings….you know. Just the usual signs of affection. 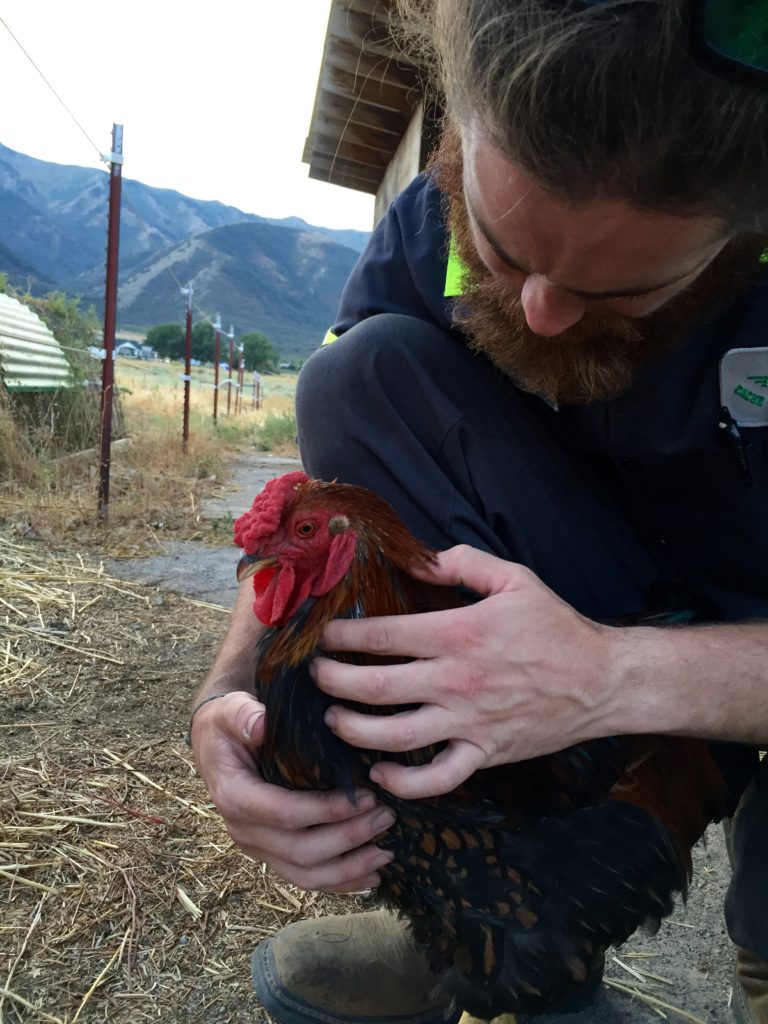 So far the rooster isn’t keen on being friends, but has accepted the fact that Andy is The Man.

Then Andy moves on to his favorite/least favorite hen whom he has kindly nick-named “Baldy.” Because she somehow sliced a bit of her comb off and looks a little goofy. He says he hates her but I think he really loves her. She actually is starting to like him and doesn’t mind the nightly ritual.

Then he moves on to all the rest. Some of them hate it but most of them are getting used to it. If these hens end up friendly it will all be credited back to Andy.

Where I lack in my ability to make friends with hens, I make up for in my ability to herd them. Herding animals in general is a skill that no everyone posses, but I like to think I’m particularly good at predicting how and when to move a flock of chickens. I have been putting them in my garden this week and to get them over there, I call them. Except the new ones don’t really know where the garden is and that it’s full of tasty treats. And the rooster is still working on convincing all the hens they really should stick to him and come when he calls. Which made things interesting the first day. Luckily Andy was there to help me. But usually he just ends up getting bossed around by me and wishing he wasn’t there.

Ha! I hear that’s how it goes when you herd cattle as a couple too… 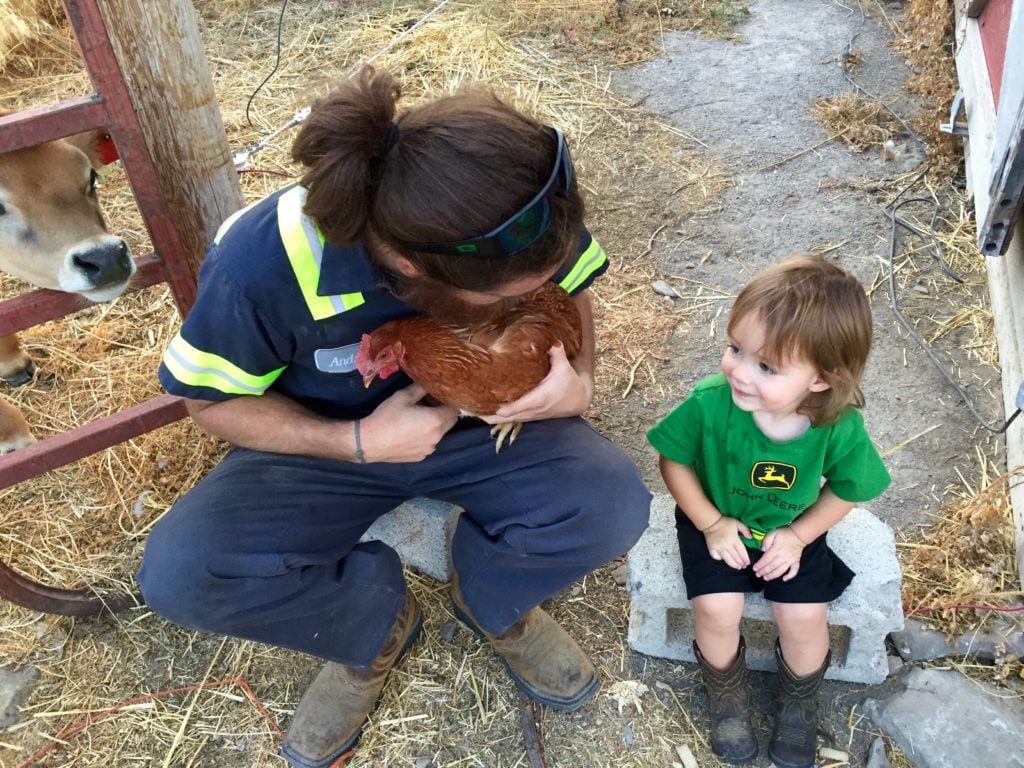 Anyways. I’ll give you a few of my secret weapons for herding chickens.

Herding chickens is pretty much like herding cats, but it can be done!

Pin this farm tip on your Chicken Keeping board to SAVE it for later! Follow Longbourn Farm on Pinterest for more great tips, ideas, and tutorials!

If you’ve wanted to try your hand at keeping chickens but don’t know where to start, check out my free email course!