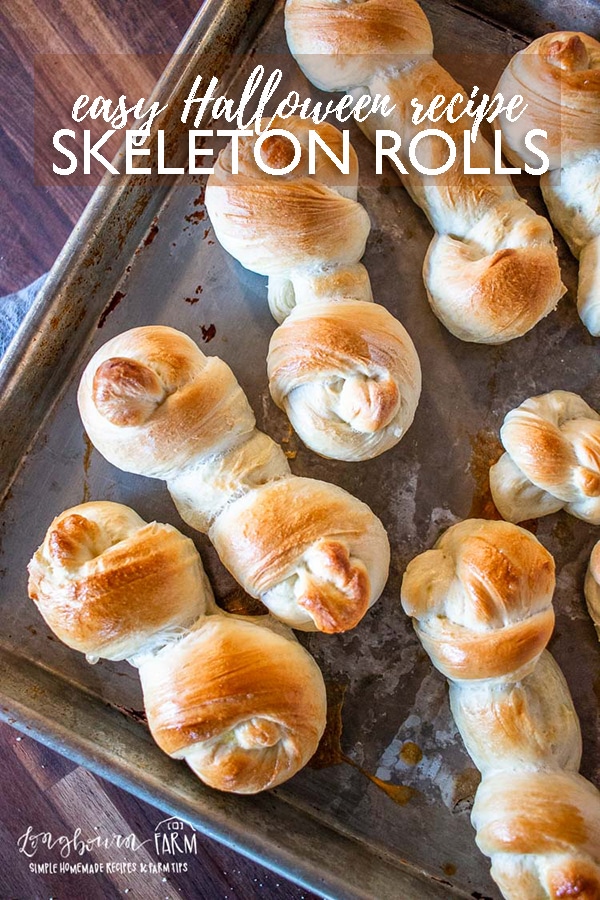 Skeleton rolls are a super easy Halloween recipe that isn’t a treat! Serve it with soup, pasta, as an appetizer or anything in between!

Breadsticks meet Halloween in this awesome skeleton rolls recipe. It’s definitely one that can impress the kids! Fun and creative Halloween-themed foods like this one is always a hit with the little monsters and one way of getting them to eat their food without complaint.

How to make skeleton rolls

Can these rolls be made any faster?

You can also avoid making the rolls from scratch and simply use a bag of Rhodes frozen bread dinner rolls, just thaw them and use them like you would the dough in the recipe, roll, shape, bake, etc. 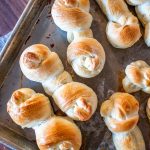 Heating the milk, butter, and honey until just boiling is called scalding. This can be done in a pan on the stovetop but is also easily done in a large (4-cup) glass measuring cup in the microwave if you are lazy like me and hate washing pans.  I will often add the 2 cups of water (room temperature) to the milk mixture to help it cool off more quickly. Because in addition to being lazy, I am also impatient. 🙂  To make this recipe super quick and easy, just use Rhodes dinner rolls! Let them thaw, form them into bones, proof for 30 more minutes, and then bake.