During a battle with my little girl over sitting in her high chair, I realized something. I realized that kids are like cows. The more you fight, the farther away from accomplishing the goal you get. I realized that I need to approach issues like this with my kids from the mindset and angle I would approach an issue with an animal I needed to work with repeatedly. 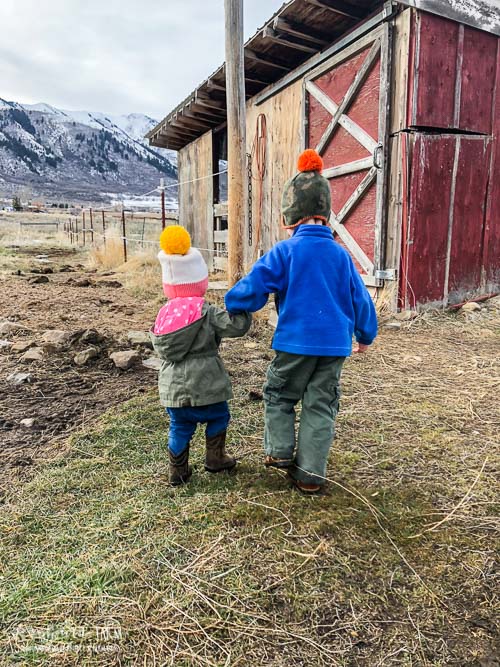 I had an epiphany a couple of weeks ago. It happened as I was fighting my daughter, for the 100th time in 20 minutes, for the 10,000th time that week, to sit down in her high chair. She immediately would wiggle out of the leg straps, no matter how tight they were, and stand up every. single. time. I finally pulled the shoulder straps out {that I’d never had to use with my son} and strapped her down so she couldn’t fall out and get hurt. 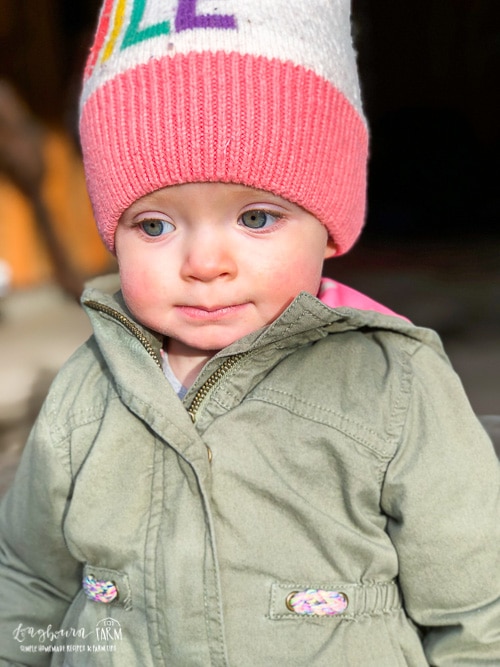 After waiting 30 seconds to see if *maybe* she would get over it and calm down, I took her out and she immediately stopped, but she wouldn’t eat anything.

Stumped on how I was going to keep her safe while still maintaining some form of order around meal time, I saw my son’s booster seat on the entryway bench. Recently abandoned by him and waiting to go outside to the storage room until his sister was old enough to use it.

And apparently, she was old enough. Trying it out wouldn’t hurt anything, and she always wants to do whatever we are all doing, so I put on the chair in anticipation for lunchtime. 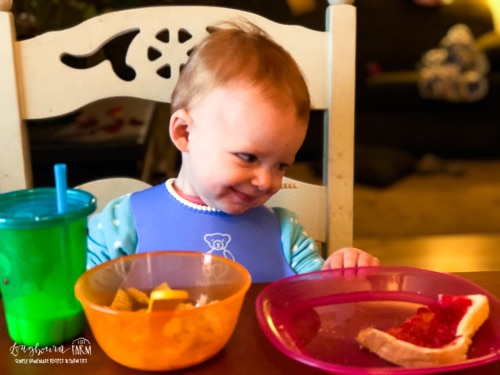 When lunchtime came, I buckled her into the booster seat. She ate happily. She didn’t try to escape. She even attempted to use a fork. And even though she is so tiny she can’t see her food if it is inside of a bowl on the table, it was the answer.

After the kids were done and I was eating leftovers off their plate with baby forks {I know you do this too, don’t deny it!} I realized that I need to approach issues like this with my kids from the mindset and angle I would approach an issue with an animal I needed to work with repeatedly. 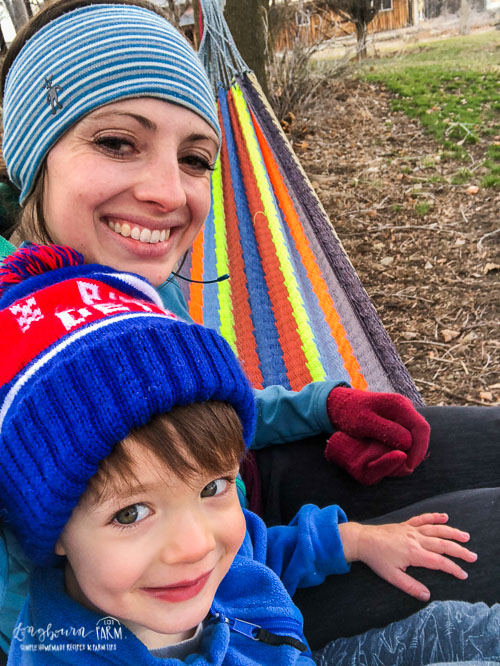 For my Master’s project, one of the data points I collected was body weight. In order to weigh the cows on my project, they needed to step into a chute with a scale in it. This was fairly easy data to collect, except when the cow was new on the project. Prior to being on my project, the only time a cow needed to go into the chute was to be doctored in some way, usually a shot or trimming hooves, or something else unpleasant. Understandably, new cows on the project would often balk at going into the chute. 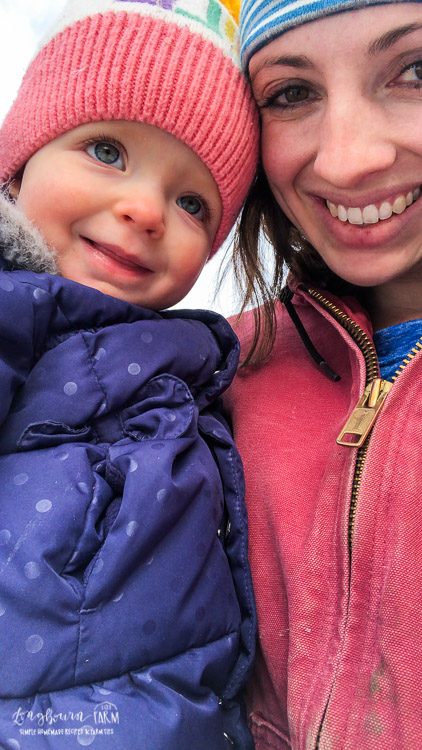 In a medical or emergency situation, you can rush a cow into the chute. You may have to be a little rougher {NOT talking about being abusive here} but you can get it done. I didn’t want to do that because this wasn’t a one-time data point. This was a 3x per week data point. For many weeks. Also, I am tiny. And these cows averaged 1200 lbs. I am not big enough to muscle my way around livestock.

So my rule for everyone helping me on the project was that we would take the time. We would spend hours if we needed to, coaxing and mildly pressuring a cow to go into that weigh chute. Not because I’m an awesome person, but because I knew that it would save us 10x that amount of time in the future. 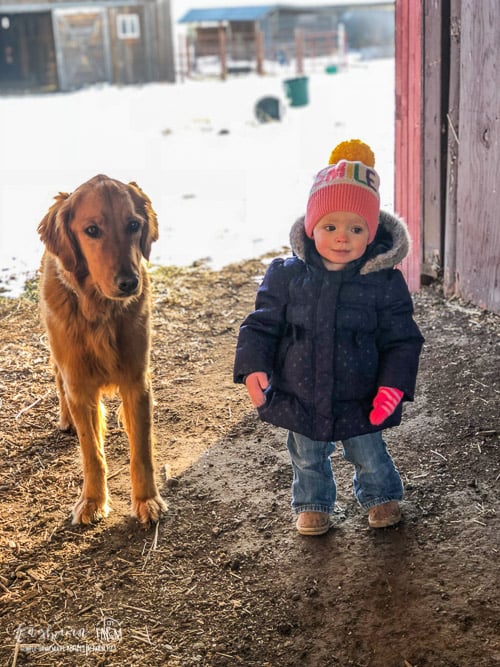 Can you imagine trying to weigh 30 balking cows? NOPE.

But weighing 30 cows who walk right through the chute takes about 10 minutes.

So it was worth my time upfront. And it built trust between me, the students helping me, and the cows. Because I collected more data points than just body weight, that trust was vital to the success of my project and I valued having it in general.

If the cows didn’t trust me in the chute, why would they trust me to get a blood sample quickly and with the minimal amount of pain and recovery pain 2x a week every week for 8 weeks?

If they didn’t trust me in the chute, why would they trust me to collect a rumen fluid sample by tubing them via the esophagus and extracting it with a syringe multiple times throughout the course of the project?

I am proud to say that those cows trusted me. They trusted me to get in, get my sample, make it as quick as possible, and finish by leaving them alone or giving them a head scratch, whichever they preferred.

I even had cows in free-stalls who would let me take a sample without even being in a head catch. 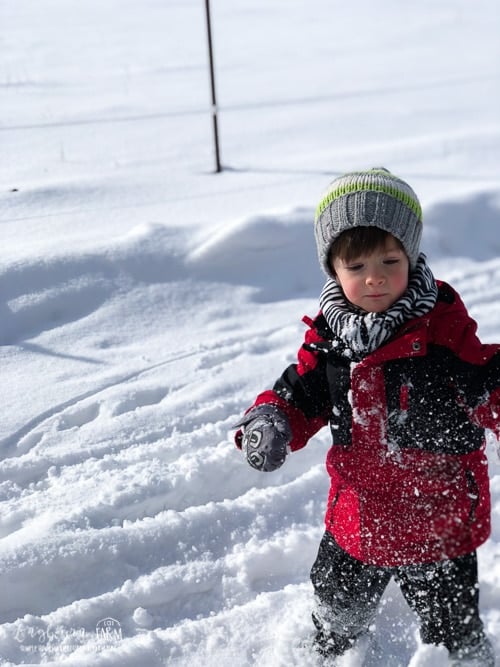 So, how does this relate to my baby and her high chair? Forcing someone to do something never works in the long run. But if you can take the time to find a method that works for you and them, it makes life a lot easier and builds a deeper trust.

I want my kids to trust me to find solutions that work for all of us. I want them to trust me to be there when they have a problem – to get in and help, or stay out and just listen. Whatever they prefer.

If they can’t trust me to find a better way to keep them at the dinner table than by strapping them down and forcing them, why would they trust me with the harder things? Like telling me about a bully? Or the person they have a crush on? 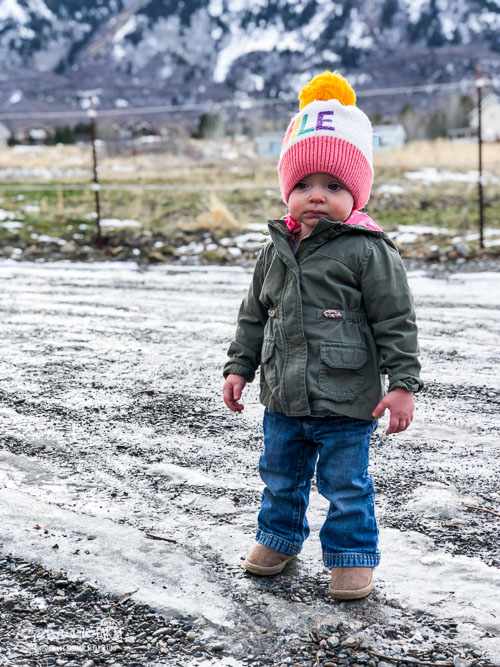 And wouldn’t you know it, the booster seat in this story is supposed to look like a Holstein dairy cow, the very breed I worked with during my Master’s project. The irony has not escaped me.