This week was pretty stormy, and subsequently, the power went out. It was spotty for about an hour and then went out altogether. This happens frequently. But usually, 10 power poles aren’t felled by a massive wind storm. YIKES. Thankfully no one was hurt when all those power poles fell! Of course, it happened to be the day that I had a totally awesome dinner ready to go and waiting…in the fridge. HA. No power means no oven. Which meant no warming up that dinner.

When our power goes out, it also means no water. Water is brought up from our well via an electric pump and held in a tank in our garage until we use it – turn on the faucet, the shower, flush, etc. But it doesn’t hold a whole lot and it happened to be almost empty when the power went out.

So because we are mega-prepared {not} Andy had to go to the store to buy water bottles. We should probably stash some of those.

Or invest in a generator. 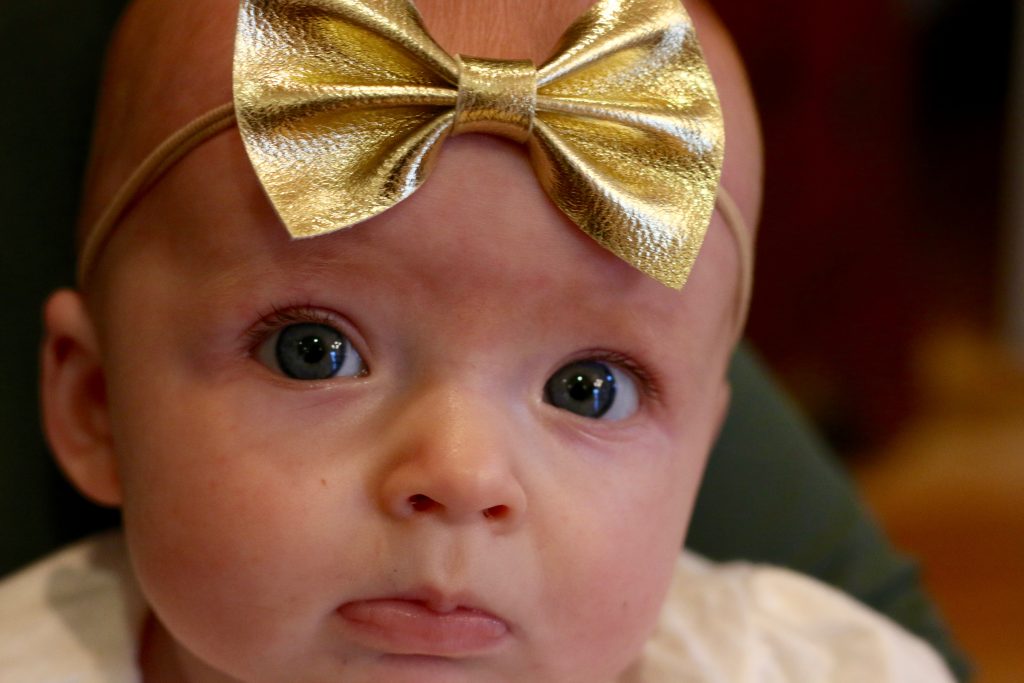 I’m a good problem solver after the problem is over. Which in this case, is laughable. Because this happens at least every few months. Which means we are just lazy.

We ended up eating freeze-dried backpacking food for dinner in the dark. And we had to heat up water for Aspen’s bottles on the stove – not awesome! But she is awesome. And starting solids! Can I get a hallelujah?!? 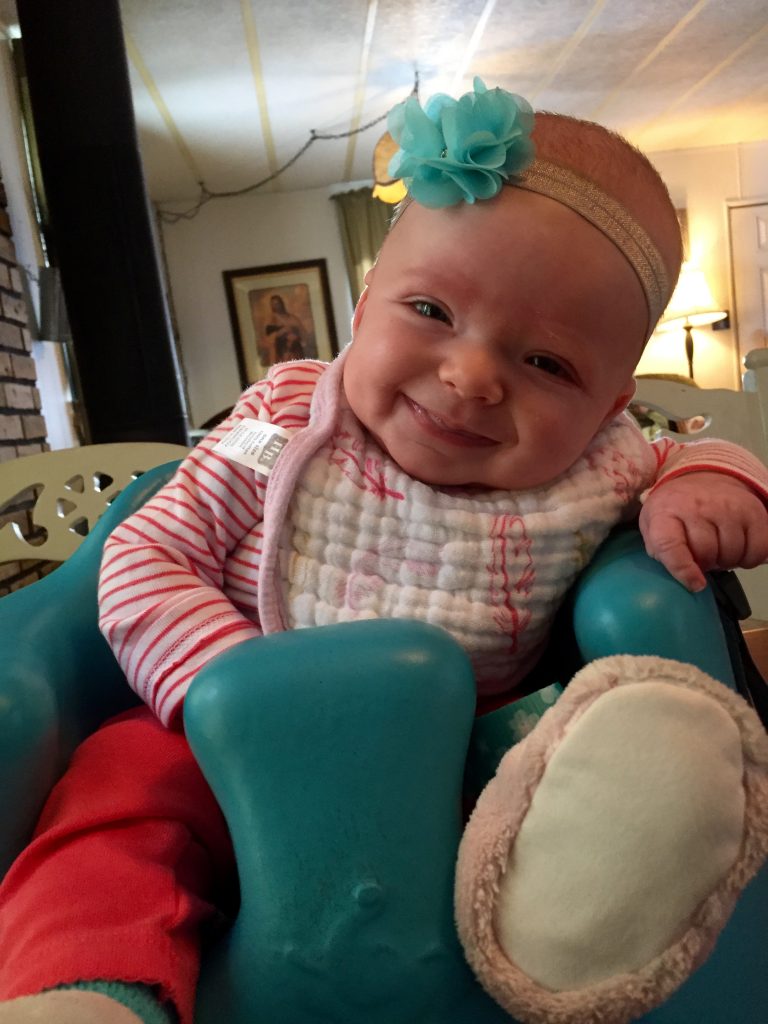 The next day after the power outage was just lovely and Abram and I spent some time outside doing chores while Aspen napped. He and Poppy discovered the ground out back are once again suitable for digging and were having the time of their lives. 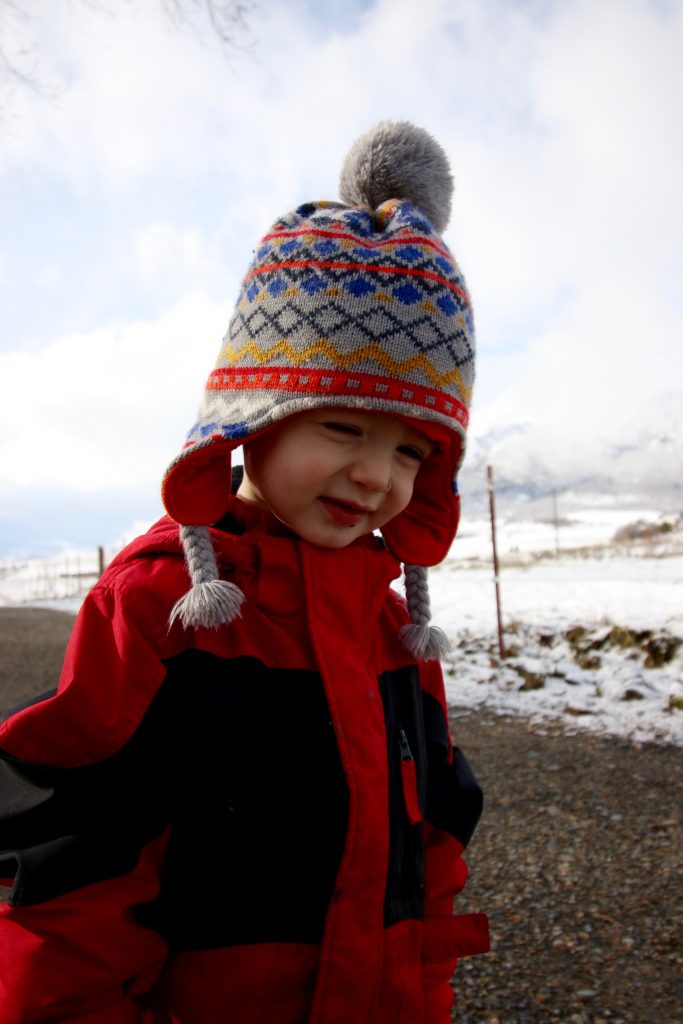 While they were digging, he found a couple of worms. He came to get me and told me he had found a bee {the only insect name he knows}. I explained they were worms and that they didn’t make any sounds. He confirmed he understood by holding his finger up to his mouth and saying, “Bee, shhhhhhhh!”

Then he promptly gave it a kiss and laid on the dirt to cuddle with it. Later that night when I was tucking him into bed, he asked if he could bring the “shush bee” inside and have it lay on his pillow for the night. 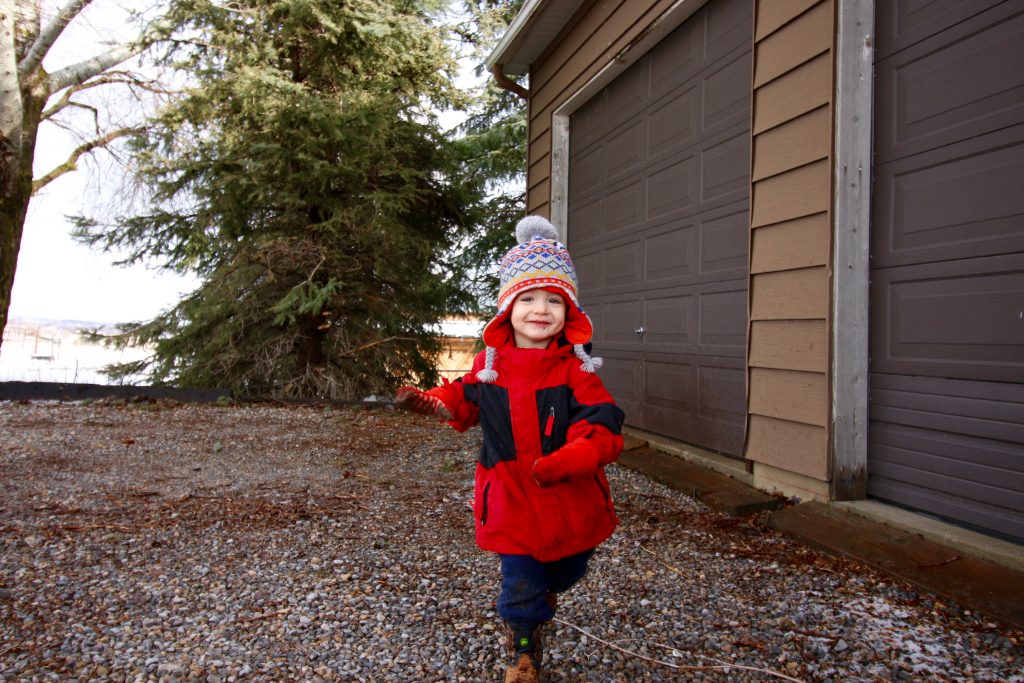 Imagine his tiny, chubby hand gently patting the pillow next to his head. Oh, my heart! SO CUTE. But we had a mini lesson on habitats and talked about how worms need to sleep outside in their dirt homes. He has been bummed it’s been snowing ever since he wants to see his shush bee again! 🙂

I can’t wait until we can all play outside more often! Aspen is going to love it just as much as Abram.