No, this isn’t a post about the Bible. Andy named our little lamb Moses. I’m still undecided on the appropriateness of that name from a religious standpoint. But Andy is not known for his ability to be appropriate, ha! The name actually is kind of fitting for the lamb because he has a strip of white fur that goes from ear to ear around his chin, like a beard. It is so adorable! Actually all of him is adorable. What’s even more adorable is him and Abram. Moses follows Abram around {with the occasional milk-searching head-butt} and Abram thinks he is downright hilarious. Oh, be still my heart!! Too much cute.

I know what you’re wanting to ask, are you going to eat this little lamb?! The answer is no. I generally do not name or post lots of personal pictures and blogs of animals we are using for food. This isn’t because we don’t love, care for, or respect them. It’s just because we know their purpose on our farm and we want to always keep that in mind. If you think I’m crazy for being able to eat animals I raise, well that is a topic for another day. One that I will address! Stay tuned. {I address it a little bit in this post.}

He is an Icelandic sheep, which may/should seem random to you. I just recently decided I was interested in learning about the breed and getting a few to breed myself {enter: Moses}. They are hardy, do well on grass and browse, make great meat and wool, and I wanted to try something new. I had been doing research on them and becoming more and more interested, and then, what do you know! A little Icelandic bottle lamb showed up on our local classifieds! Fate. Or destiny. Or luck. Or God. Or whatever you believe in. 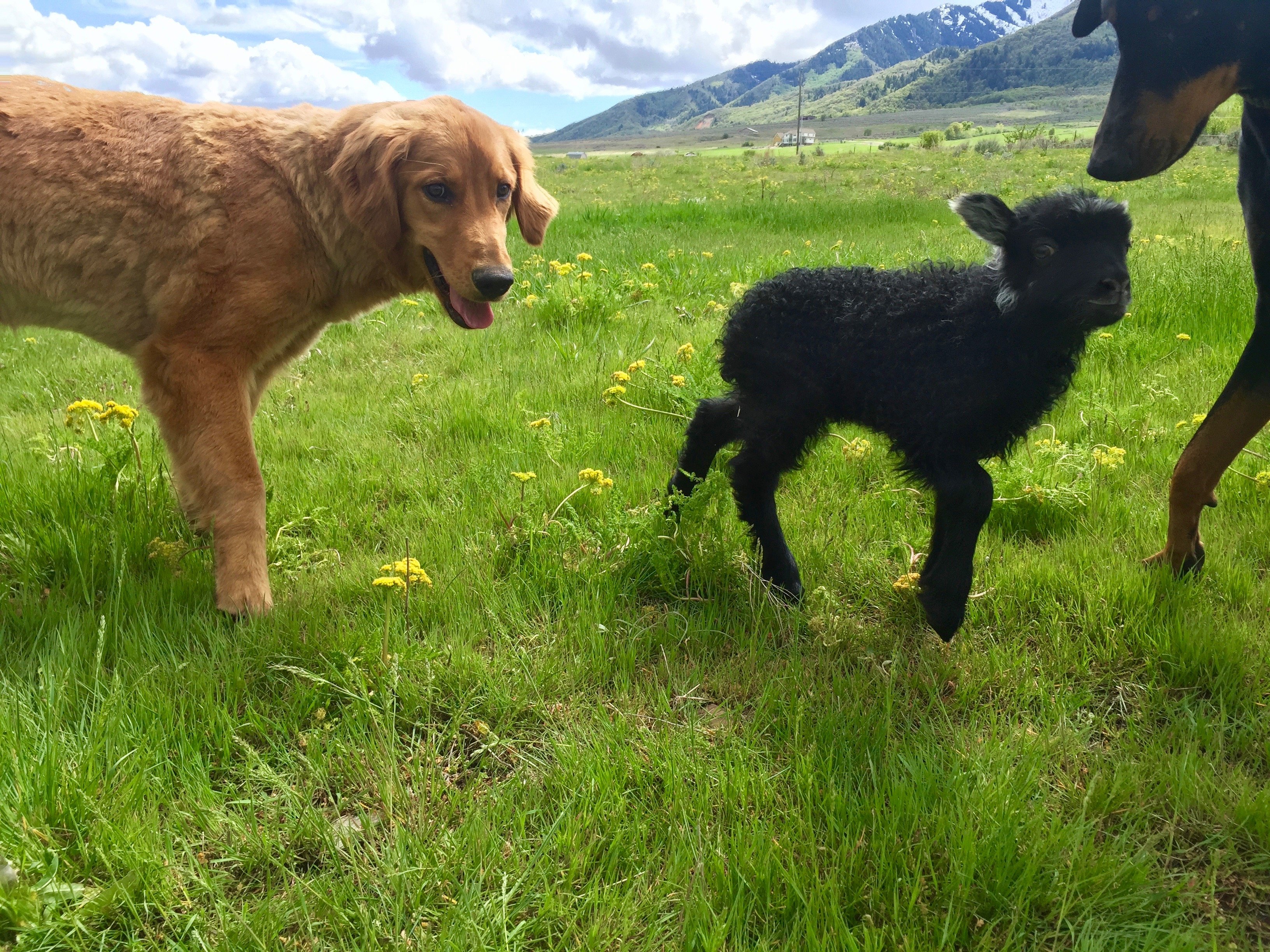 Anyways, he is teaching me a lot. He is 1 week old, so I lucked out with missing the frequent feedings. He eats 3x a day now and I space it out to maximize the time his belly is full and the amount of time I get to sleep. 🙂 I don’t mind early mornings on bit, but you know how some people are all about that bass? Well I’m all about my sleep. For reals, don’t mess.

HEY! Would ya’ll be interested in a little guide to raising a bottle lamb with all the nitty gritty details?

Anyways. We did have a couple small issues. Issue number one is that he is lonely. He was a little bit of a surprise addition so I don’t have my little weed-eating baby goat yet, who I was planning to use as a companion for when I got sheep. So the poor little thing was sad the first night. He sounds SO. MUCH. LIKE. A. BABY. that my mama heart was breaking. So I brought him one of Abe’s stuffed animals. 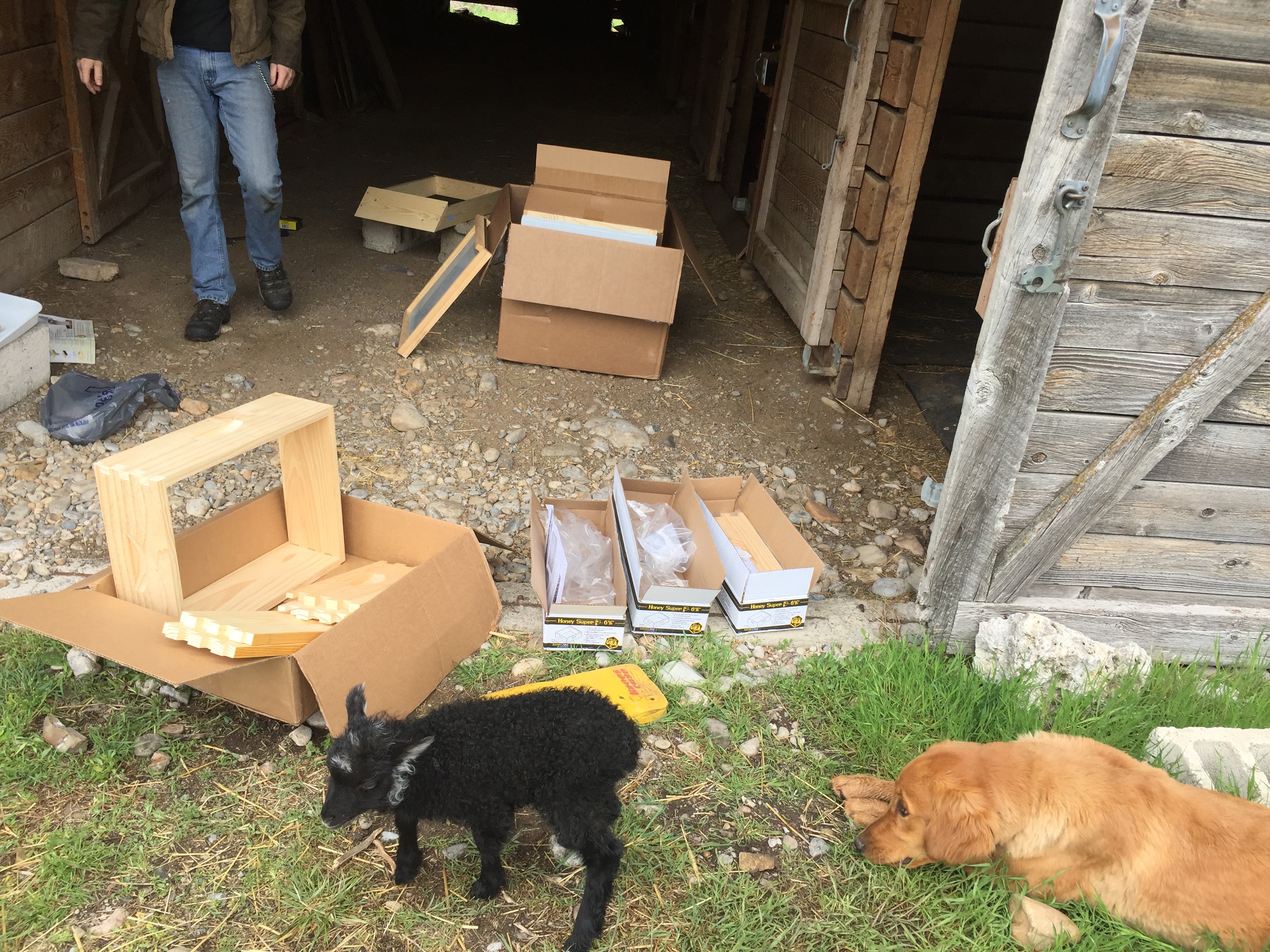 Yes, you read that right. But it actually works really well! He sleeps next to it every night. Can you say adorable + sad?!?! Oh man, but the goat will be here in time and they can be buddies then. It’s a good thing Andy has firm boundaries with me about animals and where they should/shouldn’t be because you better believe that little guy would have been in the house and in my bed if I was left to my own devices. But really, he is fine. He doesn’t get too bothered about being left now and I have him out following us around quite a bit during the day so he enjoys that. I also may or may not bring him inside occasionally….um yeah. You decide.

I’ll put him out all day with the chickens in their grazing fence once it stops storming like crazy.

He is figuring out the whole eating grass thing, which is hilarious to watch unfold. Good thing my dogs graze in the spring as well so they are teaching him how it’s done. Fun Fact Side-Note: Although dogs do graze obsessively before barfing, it is also natural for them to graze periodically. They need fiber too! 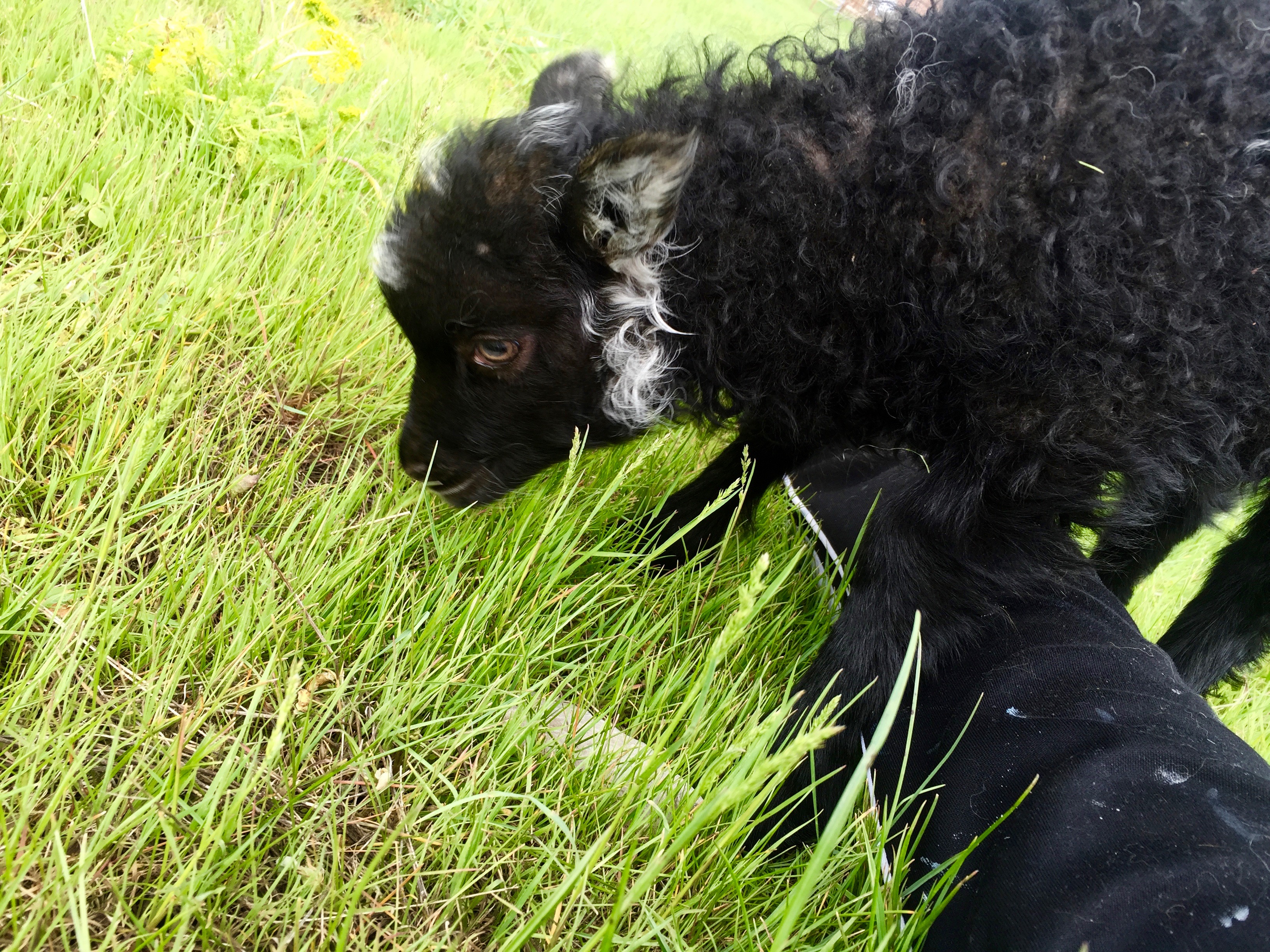 Ok. Issue two. I betcha $100 you can already guess what this is going to be about. {Think the running side-theme of my life}.

I was worried he wasn’t pooping! It had been 24 hours since he got here and I hadn’t seen him poop. And his little bum was so gosh-darned clean I was certain there was no way he was pooping! At 24 hours, I wasn’t all too concerned because baby + new place + diet change can mix up the digestive system for a little while. Come Monday though, I was a little more concerned.

Sooooooo I took some preventative action. Wanna hear about it? No? Ok. Basically there are ways to make animals poop. But guess what? NOTHING!!

Which lead me to search his stall again, for the 10th time. But this time I opened the door to the run because the sun was hanging out for a little bit between storms {finally} and tiny lamb poop can be pretty close to the color of straw. And…

I found some poop. Hallelujah! So he is pooping. And I’m relieved. He wasn’t bloated and was doing great so I figured he must be, but I was still paranoid. Because I’m Alli. 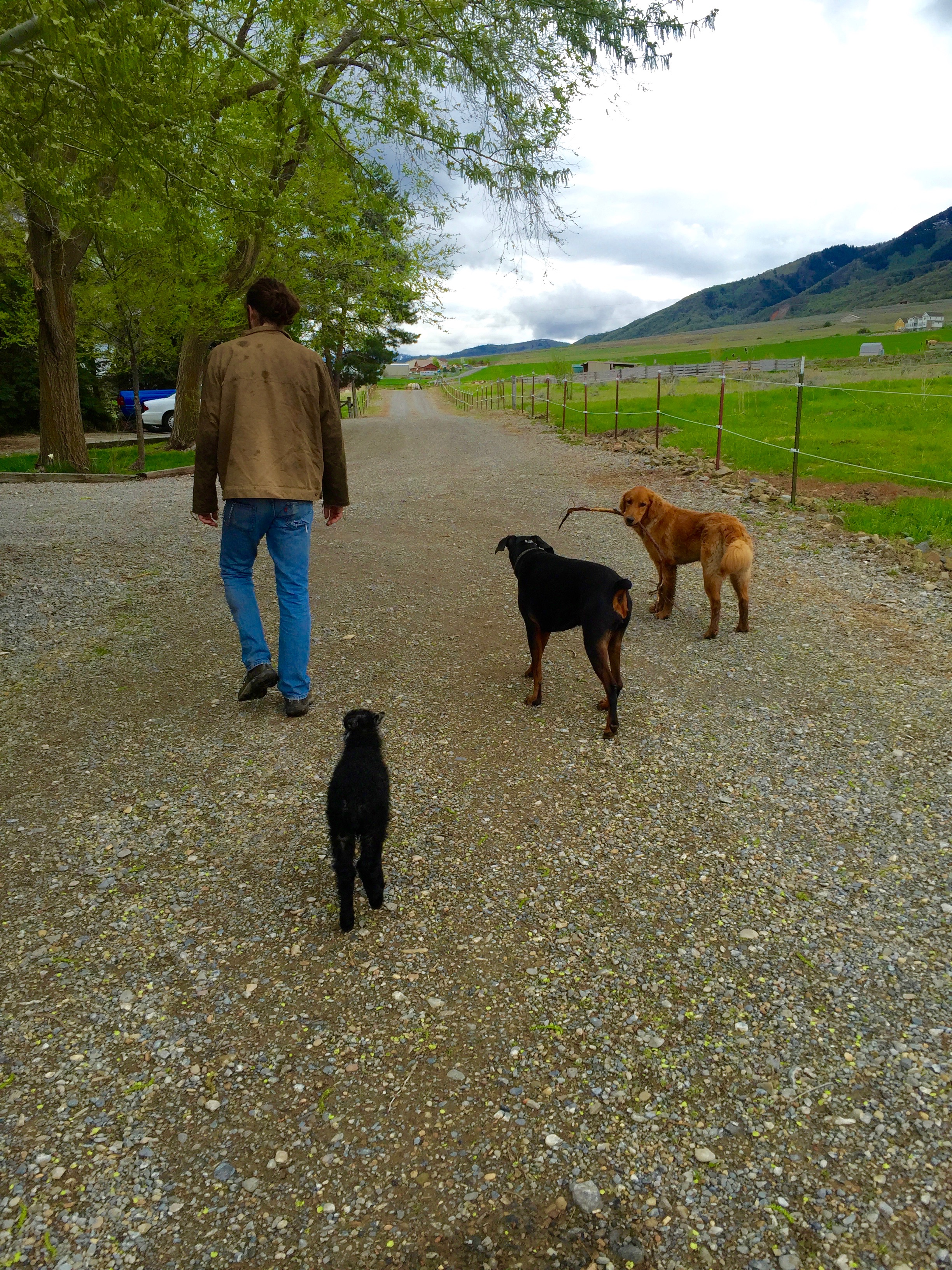 Please note in the picture above: There are so many ways this photo epitomizes the personalities of everyone in it. Andy in dirty work clothes. Maverick with a stick. Poppy keeping a close eye on Maverick and an ear on Moses. Moses just doing his baby thing. Me, behind the group watching and photographing. Only one missing is Abram! He was napping.

So there you go – you now know the story of little Moses. I plan on getting a female Icelandic sometime….well, sometime. I’m trying to be very disciplined and focused on making our irrigation plan a propriety. Which is really important and a huge necessity at this point. But also SO lame and boring and expensive {hence, I have ignored it for 2 years}. But irrigation means water, which means summer pasture, which means animals. I chant this to myself.

Maybe I should….anyways. As always, you’ll be kept in the loop!

« My horses and my bullies.
Veggie Tips »