There were three really old and yucky dog houses in front of my garden area that I wanted to throw away. I mentioned to Andy that I needed to build some compost bins and he suggested at least trying to use the dog houses. I thought that was a great idea! On Saturday I repurposed them, and so far, so good! 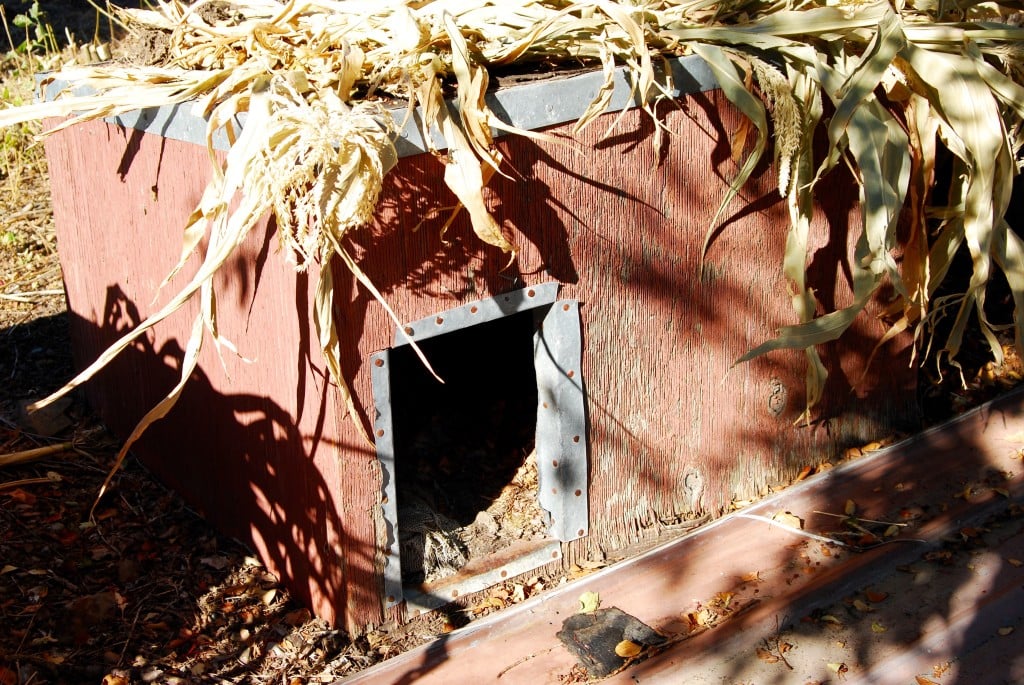 This is what they looked like before, they were facing away from my garden. They are on a cement pad and there was a chain link fence around it but I had no use for it so we cut it down and gave it to a friend shortly after we moved in. We are actually going to move our propane tank onto the cement pad because it turns out it’s too close to our house. {One of those things that would have been nice to know before we purchased it…}

I flipped them over and took off the bottoms {now tops} and removed the fronts. There were so many spiders. Ew. 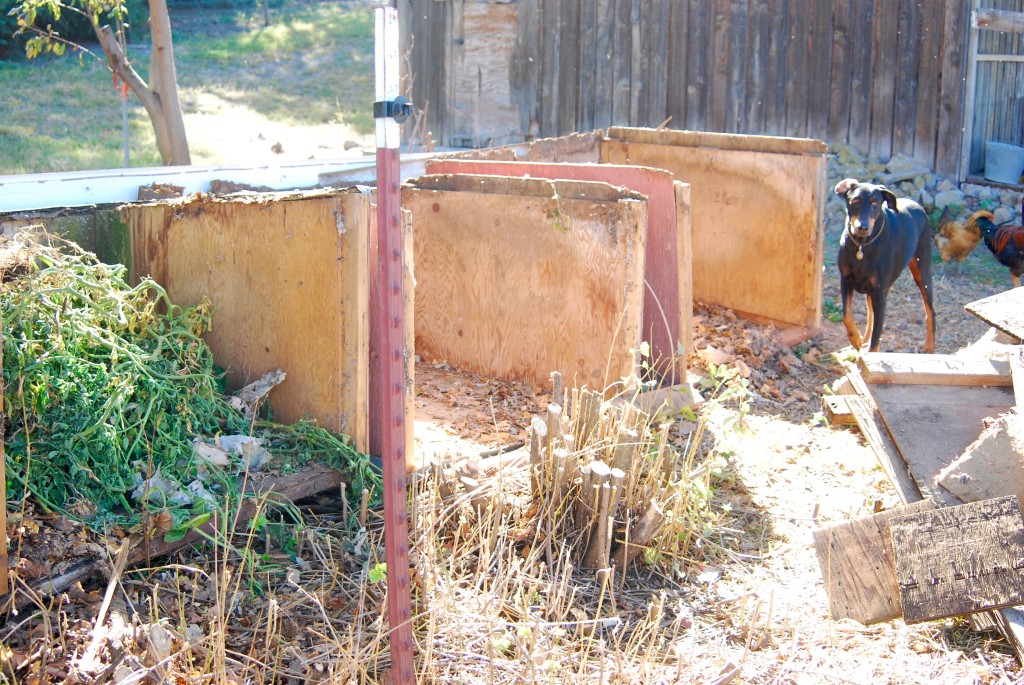 I pushed them closer together and tried to get them as level as possible. Not the prettiest compost piles ever but they should work for a while at least! And I don’t have as much trash to move to our awesome trash pile…

Reusing stuff is my fave.

« How to get free range chickens to come in at night!
8 Ways to Reduce the Cost of Your Farm »